Laos is poised to amend the law on securities in a bid to create more favorable conditions for state and private business units to mobilize funds from the securities market.

It is not 100 percent clear which kind of changes would be made, but the proposal of amendment is subject for the National Assembly’s consideration and approval.

Vientiane Times quoted the Governor of the Bank of Lao PDR, Mr. Sonexay Sithphaxay, as saying that the revised law will also encourage more individuals and enterprises to invest in securities while increasing the business community’s confidence in investing in the securities market.

He added that it would facilitate cooperation between domestic securities administration officials and their regional and international peers, making a significant contribution to the development of the Lao stock and bond markets.

Laos opened the stock market in 2010, and the government issued the Prime Minister’s decree on Securities in 2010 and upgraded it into law in 2012.

Since its interception, the Lao stock market has mobilized LAK 19,197 billion (USD 2,171,000) in investment or 12 percent of GDP. There are currently 11 enterprises listed on the stock market. 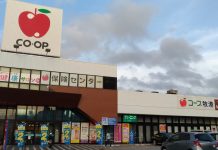