One of the most uniquely Lao holidays is the Rocket Festival. Taking place in the hottest time of year, just before the rice planting season, locals create rockets, known as bang fai, which are launched into the sky. To get a closer look, my friend Phou invited me to his village north of Vientiane to witness this spectacle. 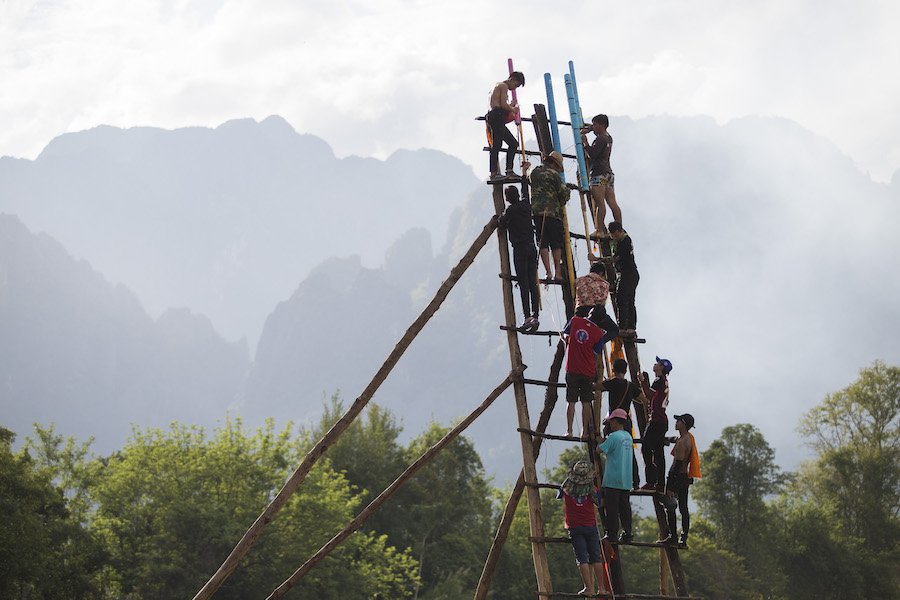 Arriving a bit early to the event, speakers were already blaring the latest molamand loukthongcountry music hits. Over glasses of Beerlao at his house, I asked Phou more about this festival. He says that groups of friends get together and use thick pieces of bamboo or PVC pipe as the rocket fuselage. He motioned to a long rocket that he and his friends had made, proudly displayed on the porch. The pipe was packed with a homemade mix of gunpowder and other secret ingredients, and fitted with a fuse. Phou mentioned that Lao people believe firing these rockets into the air will alert the gods to send rain, thus granting a plentiful harvest.

Suddenly a parade of outlandishly dressed villagers, who must have been communing with a different kind of spirit all morning, danced past with drums and an electrified lute, called a phin. Along with them was the first bang faiof the day, mounted on a cart, heading for a field just outside the village. 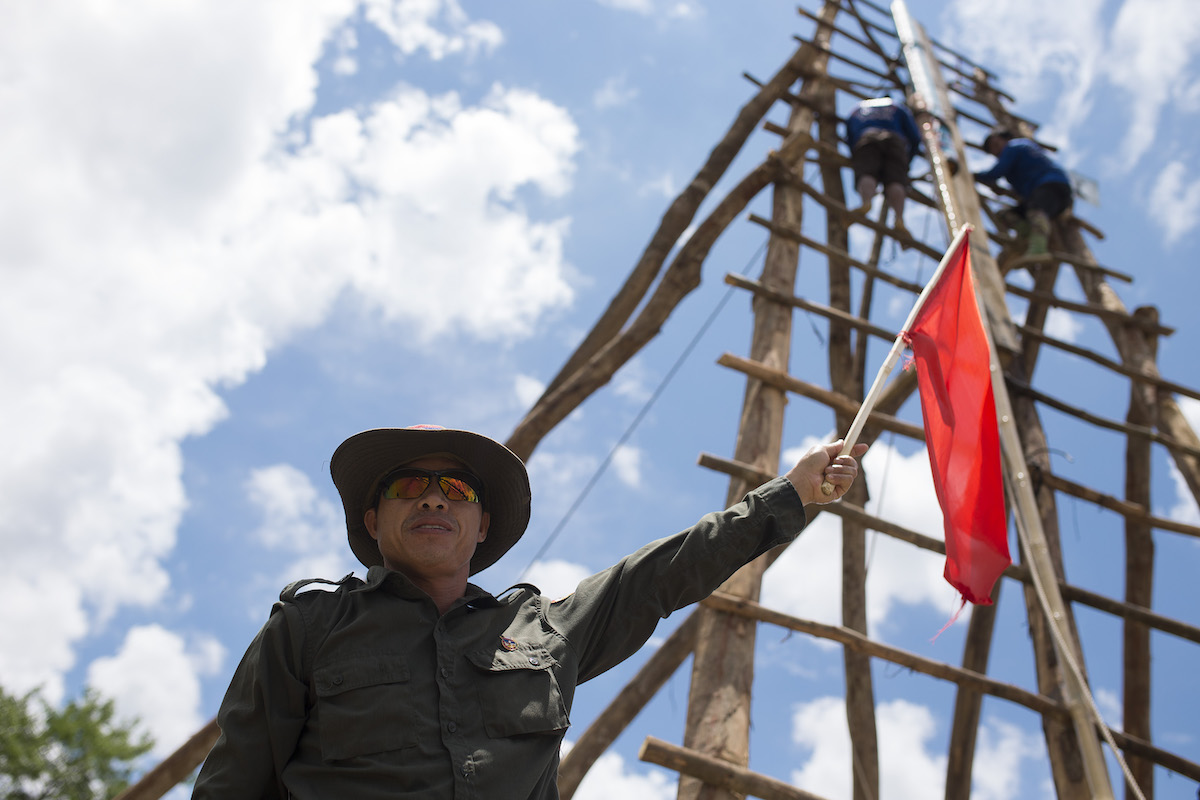 Phou, his friends and I grabbed our rocket and carried it along, dancing and drinking beer in the procession.  At the field, Phou had me stand back from the bamboo launch apparatus. It seems that sometimes the rockets actually explode without taking off, causing injuries. There was a muddy pond nearby to help soothe any burn wounds. Another rule he mentioned – if the rocket fails to lift off, or explodes in the air, then the villagers drag the rocket’s builders through the mud as a penalty! 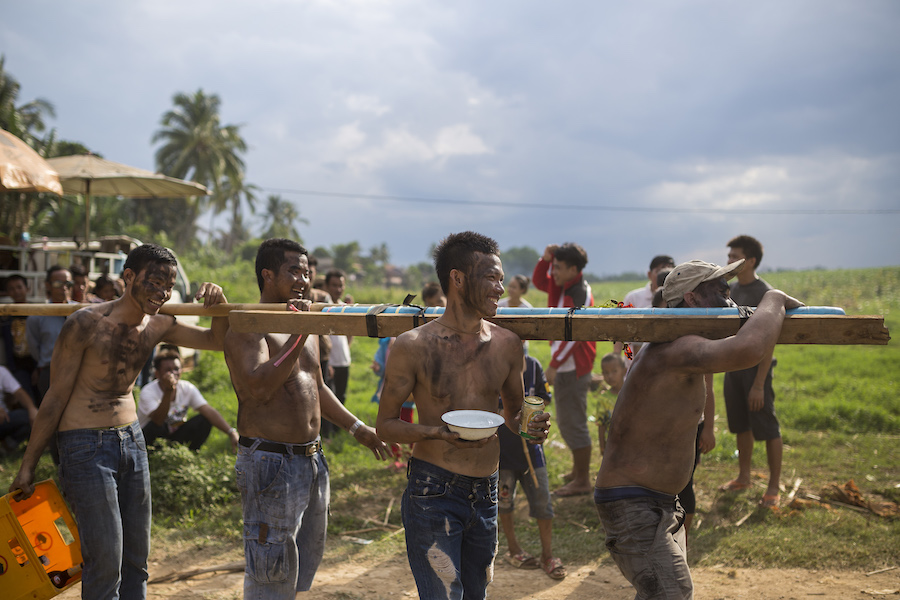 Phou’s friends mounted the rocket onto the launch. I held my breath as the fuse was lit and  nothing happened for several seconds. I feared we would all be swimming in the mud soon. Then, finally, it shot up straight into the air making a long graceful arc through the sky amid cheers from the entire village. So we all drank and danced a bit more in the fields as the next rocket was prepared for takeoff.