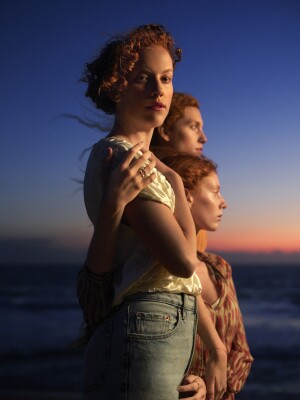 De Beers’ new global “I do.”  campaign centred on commitments to ourselves, to one another and the wider world.
Click here to find out more.

Based on research conducted among 1,000 US consumers, the report found that while consumers aged 50 and above cited quality factors as being their most important considerations relating to provenance of luxury goods (for example, French champagne, Italian cashmere), the 18 to 34 age cohort over-indexed on factors such as ‘human rights,’ ‘environmental impact’ and ‘from a company whose values I agree with.’

The research also found that consumers who valued information about a product’s provenance were prepared to pay a premium for this assurance, with affluent consumers being the most likely to pay a premium. Sixty-four per cent of all consumers and 73 per cent of affluent consumers (those with household income of more than US$150K per year) said they were willing to pay more for a product if its place of origin mattered to them. However, only seven per cent of consumers said they believed it was ‘very easy’ to discover where their products originated from, while another 29 per cent said it was only ‘somewhat easy’. More than half of consumers surveyed said it was ‘somewhat or very difficult to understand the story behind the items they buy’.

The study also found that while essential health and safety items such as food, cars and skincare ranked most highly as categories for which consumers were concerned about provenance, 34 per cent said they ‘care a lot’ about luxury goods and 35 per cent said the same about diamonds, highlighting that consumers are increasingly concerned about where and how their discretionary items are made.

Bruce Cleaver, CEO, De Beers Group, said: “It’s clear from this research that while provenance remains of high importance to luxury consumers, the meaning associated with provenance is shifting. Younger generations want assurance of the positive impact a product has created beyond simply knowing where it originated. This is creating a new status in luxury, where consumers want to show the world they care through their luxury purchases and are increasingly prepared to pay a premium to do so.”

Established in 1888, De Beers Group is the world’s leading diamond company with expertise in the exploration, mining and marketing of diamonds. Together with its joint venture partners, De Beers Group employs more than 20,000 people across the diamond pipeline and is the world’s largest diamond producer by value, with diamond mining operations in Botswana, Canada, Namibia and South Africa. Innovation sits at the heart of the De Beers Group strategy as it develops a portfolio of offers, including its jewellery houses, De Beers Jewellers and De Beers Forevermark, and other pioneering solutions, such as diamond sourcing and traceability initiatives GemFair and Tracr. De Beers Group is committed to ‘

Building Forever,’ a holistic and integrated approach for creating a better future – where safety, human rights and ethical integrity continue to be paramount; where communities thrive and the environment is protected; and where there are equal opportunities for all. De Beers Group is a member of the Anglo American plc group. For further information, visit