Nongbone, Vientiane Capital, Sept 28 – A group of three men who eyewitnesses have described as 30 year-olds of foreign descent stole cash in the amount of $35,661 from a finance employee of Lao Freight Forwarder, who was tasked by the said company to withdraw the money from Indochina Bank. The incident happened at approximately 2:30pm.

It is surmised that one of the men followed the employee’s movements as she had been withdrawing the money while her driver was waiting in the company car. Apparently unbeknownst to the driver, another member of the group had slashed the tires of the car prompting the driver to step outside. Upon leaving the bank, the finance officer placed the cash inside the car and proceeded to inspect the slashed tires with the driver. Based on Kolao/Indochina Bank CCTV footage, it can be seen that a man wearing a white T-shirt and blue jeans carrying a backpack was seen distracting the young lady while his accomplice effortlessly swooped in from the other side of the street to open the driver’s car door and steal the cash. This man was seen to have driven off in a white Ford pick-up truck with a white license plate number ກຈ 3716.

A concerned citizen who chose not to be named attempted to follow the suspects’ vehicle but was forced to back off after the thieves had brandished a gun. The concerned citizen, however, observed that one of the gunmen had a distinctive tattoo on his left arm and leg and was of approximately 1.7m tall.

Police are currently on the lookout for the men who are believed to be armed and dangerous and the getaway vehicle. Anyone with any information about the thieves is urged to inform the relevant authorities immediately.

Local police have urged citizens handling large amounts of money near banks to be especially cautious and take precautionary measures to ensure that their personal funds are safe. 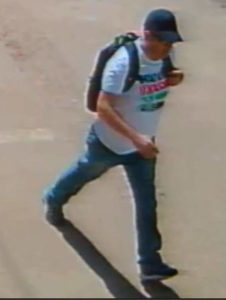 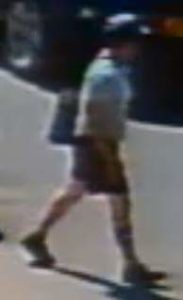