The Thai Office of Narcotics Control has released further details of its recent operation to capture wanted suspects and seize the assets of the Xaysana drug ring. Mr Xaysana Keophimpa was the leader of a drug ring known to be trafficking narcotics throughout ASEAN.

The office will now trace the various links of the network, as well as its participants, and deliver information to the Anti-Money Laundering Office, the military, and relevant government bodies.

Of the nine suspects involved, only four have been arrested: 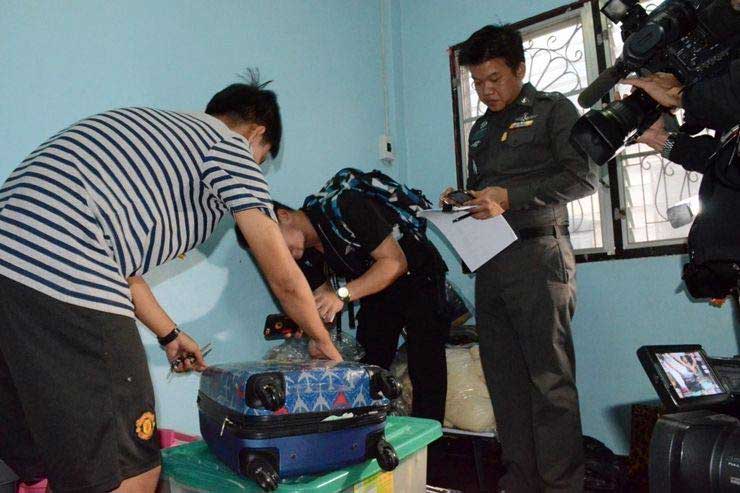 Thai officials have been working with their Lao counterparts to bring down the Xaysana drug ring and have discovered that there are another three networks involved. Lao authorities will search multiple locations in order to trace criminal assets.

Authorities are searching especially in Khammouane province where Mr Xaysana maintains numerous businesses and assets including a lumber mill, a hotel, sports cars, and it is thought that he even has a gold mine operation. These assets were mostly acquired through the sale of narcotics in Laos.

When he traveled to Thailand, Xaysana often stayed in luxury hotels. This trip to Thailand is suspected to be a meeting with clients in his network, similar to a previous party in Nakorn Ratchasima that was thrown for his drug network. Other people in the Xaysana drug ring are expected to number in the hundreds, and suspected to be linked to international mafia groups.

As for the other 5 suspects still at large:

Here’s a Feb 9 update on the case.