For a tiny town famous the world over for being sleepy and laid-back, Luang Prabang sure does know how to host a festival.

If you’ve ever found yourself there in the midst of Lao New Year, or the end of Buddhist Lent, you’ll know the place can turn it up like no other – being just small enough for a decent crowd to flood the streets with energy and goodwill, transforming the sleepy streets and winding lanes into conduits to the good life. 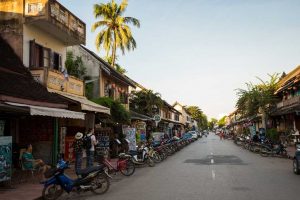 It’s the perfect place, then, for a film festival. And not just any film festival, but a fast-growing cultural event that has become a touchstone for Southeast-Asian filmmakers, and a crucial calendar event for lovers of film throughout the region.

The Luang Prabang Film Festival is now in its eight year, a highly anticipated regional event that brings locals and tourists the old Royal Capital in their thousands, lured by the concept of a town already saturated in culture playing host to the fascinating creative universe that cinema reveals.

“It was clear from the beginning that Luang Prabang would be a perfect place for a festival like this,” says Gabriel Kuperman, the festival’s founder and director. 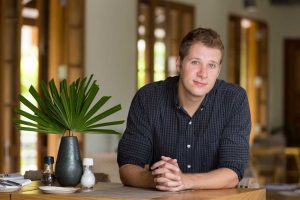 “The town is teeming with culture, interesting architecture, and natural beauty. It’s small and intimate, allowing for visitors to get between venues with ease, and to feel the energy of the festival wherever they are.”

When he refers to “the beginning”, Kuperman is really alluding to the time when he, like many an expat before him, made the transition from tourist to resident. Born in Washington DC and formerly a resident of New York City, he finished his studies in 2008 and headed off on the obligatory southeast-Asian jaunt with a friend. After a long sojourn in Thailand, he planned to take in Laos, Vietnam and Cambodia alone before returning to the US to get on with whatever life as a Media Studies graduate had in store for him. But, after three days in Vientiane, he never made it further than Luang Prabang.

“I thought I’d be here for another three days as well, and those three days turned into three weeks, and then three months,” he says.

“I never thought I would leave New York. I wasn’t looking for a place to move to, it wasn’t even on my radar.”

That’s what they all say. It’s almost impossible to describe the allure of Luang Prabang, in a world filled with quaint historic towns. But at some point, Kuperman decided to make a permanent move. He found a job at a tourism company, entrenched himself into the local life, and almost instantly started planning to set up a film festival.

He approached the Lao Department of Cinema, which operates under the Ministry of Information, Culture and Tourism, with the proposal of a two-pronged mission.

Nine years down the track, and the festival, run as an official Lao Government project, has retained the exact same concept as when it started, showing films from all of the 10 ASEAN countries, with a bursting program of screenings, lectures, workshops and concerts over six days.
And, most importantly, and unusually, for a film festival, the entire event is free and open to all.

“We’re doing this in Laos [where] people don’t have a lot of disposable income, and I want it to be as open as possible for them.”

Kuperman and his team run the festival as a not-for-profit event that runs entirely on sponsorships and donations, and while some of the sponsorships are lucrative – BeerLao, Coca-Cola – the event has no endowment or enduring source of income.
Getting it off the ground each year means starting from scratch, although that helps that Kuperman himself has become something of a local celebrity – known to many on Facebook as Falang Seu Somchan.

The persona was born, he says, as a way of connecting more Lao people to the festival, and turning it into a local event rather than an experience only foreigners would appreciate. And if there’s one thing most Lao people appreciate, it’s a foreigner who speaks their language.

And not only speaks, but posts videos about his life and travels, linking always back to the festival.

“I felt like I wanted a better way to connect Lao people to the film festival and the work that we do in terms of our educational activities and workshops and those kinds of things,” he says.

With Around 225,000 followers, it’s undeniable that this page has helped attract both sponsors and visitors to the festival. 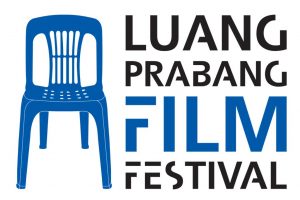 This year’s event promises to be bigger than ever, with more than 30 films in the program carefully curated by Kuperman and a team of cinema experts from each country represented, as well as a local selection committee.

The festival has helped put Luang Prabang on the map for more than just its physical charms, although these are integral to the event’s success.

“Each year, as the festival has grown, with more regional filmmakers attending, participating, and contributing, it has made a bigger impact on the more cohesive Southeast Asian film community. It has filled a creative – almost spiritual – need for the region’s filmmakers to connect and dialogue in a non-competitive, nurturing space.”

Five Films Not to Miss at the 2017 Luang Prabang Film Festival: 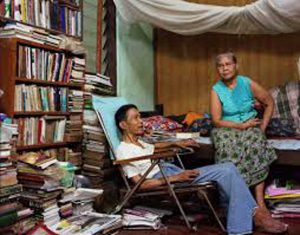 Burma Storybook (Myanmar)
Directors: Petr Lom & Corinne van Egeraat
Burma Storybook is a creative documentary about a country emerging from years of dictatorship, told through Burmese poetry. The film circles around the story of the country’s most famous living dissident poet alive, as he waits for his long-lost son to return home. 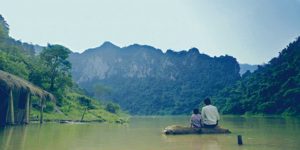 Ca is a young boy who lives with his father in a mountainous area. Ca dreams of reaching the nest of what he thought is a huge bird in the sky (which is actually an airplane) and climbing to the top of the tallest building in an unknown city. Suddenly, Ca contracts a disease that seems to threaten his life. Hence, the father and son start their journey to the city. 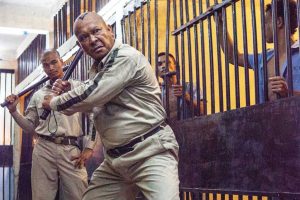 Jailbreak (Cambodia)
Director: Jimmy Henderson
A group of Special Task Force Officers are sent to Prei Klaa prison where the country’s top criminals are detained. What starts as a simple escort mission will soon turn into chaos as the prisoners take over the prison grounds. Trapped in the building, our four heroes will have to fight their way out for survival, or die trying. 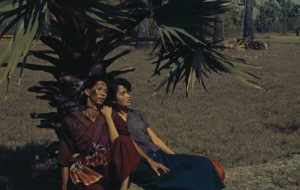 Produced in 1954, then considered lost for over sixty years, Santi-Vina was discovered and restored by the Thai Film Archive in 2016. In the film, Santi, a 10-year-old blind boy, lives with his poor father. He has his best friend, Vina, who protects him from bullying by a naughty Krai. Santi’s father gives him to a respectable monk, Luang Ta. Then, he can be taken care of by Luang Ta as well as Buddhist lessons. He can commit good karma in the hope for curing his eyesight. When they are grown up, Santi and Veena are lover. Krai feels jealous because he also likes Vina. Krai asks his parent to make the marriage proposal to Veena. While her parents agree, Vina decides to run away with Santi. 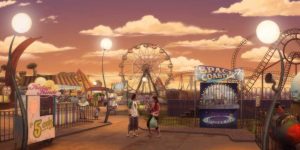 Saving Sally (Philippines)
Director: Avid Liongoren
Marty is an aspiring comic-book artist who is secretly in love with his best friend, Sally, the gadget inventor. Like every love story, there are complications: Sally has monsters for parents and an incredibly obnoxious boyfriend, while Marty has the innate ability to do nothing about everything despite his vivid fantasies of defending the love of his life from the big bad world.