According to the recently published World Happiness Report, Laos ranks 110th out of 156 countries in happiness.

In ASEAN, Singapore is the happiest country (34th rank). Malaysia came in close at 35th rank in the world followed not too far by Thailand (46). The Philippines makes 71st place, while Vietnam and Indonesia take 95th and 96th places, respectively. Cambodia comes out a bit unhappier than Laos at 120th place, whereas Myanmar is the unhappiest at 130th place. Brunei was oddly omitted from the report.

For many countries there is a quite significant correlation between the Human Development Index (HDI) and happiness, but not true for all. Whereas Singapore ranks 5th in the HDI one would assume that the country would rank higher than 34 when it comes to happiness; the opposite is true for the Philippines – in HDI they rank only 116 but when it comes to happiness they are ranked 71st. Therefore, there may be, in the end, a grain of truth in the Filipino tourism slogan “it’s more fun in the Philippines.” 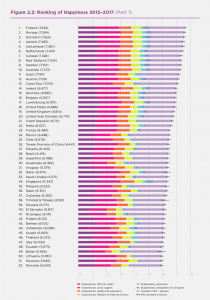 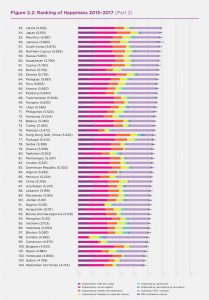 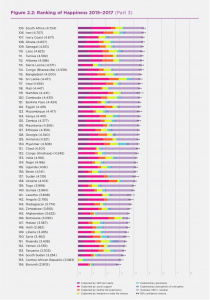