To support the Lao government in its endeavors to place Hin Nam No National Protected Area (Hin Nam No NPA) under UNESCO World Heritage protection, the GIZ-Hin Nam No component of the German Development Cooperation Programme Protection and Sustainable Use of Forest Ecosystems and Biodiversity (ProFEB) organized a 8-day technical field mission.

The mission, led by Professor Emeritus Paul Williams, an international expert in geomorphology and hydrology with the International Union for the Conservation of Nature (IUCN), set out on April 25th to assess the area’s geologic and geomorphologic features in relation to other tropical karst (limestone) regions.

This evaluation is part of the technical work on the nomination process of Hin Nam No as part of a transboundary UNESCO World Heritage site with Phong Nga Ke Bang National Park (PNKB NP) in Vietnam. 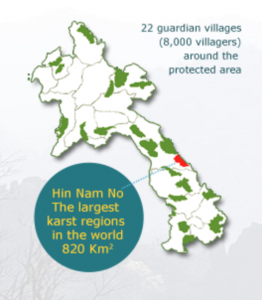 Its key challenge is to demonstrate the area’s contribution to the Outstanding Universal Value (OUV) of the soon-to-be transboundary World Heritage site. 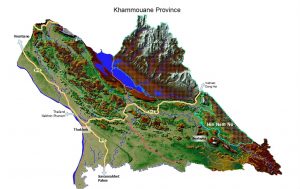 The exploratory mission, conducted from April 25th to 30th, highlights Hin Nam No’s diverse landscape against the backdrop of other karst formations in the region and worldwide.

Oday Soudaphone, Governor of Khammoune, joined the team’s exploration of Xe Bang Fai cave, one of the largest active river cave passages in the world. During his visit, he emphasized the importance of Hin Nam No’s anticipated UNESCO nomination for Laos and Khammouane in particular.

“Becoming a Natural World Heritage Site will ensure the conservation and protection of the area and its outstanding universal value. Tourism-wise, the remarkable features of Hin Nam No’s karst formations and its biological diversity will attract both local and international tourists, which will in turn generate income for local communities,” said Governor Soudaphone.

Jens Lütkenherm, German Ambassador to Laos, who accompanied the technical mission on a helicopter flight over the karst landscape, highlighted Germany’s backing regarding the UNESCO nomination process.

“We fully support the Lao government in its efforts to attain UNESCO World Heritage status for Hin Nam No in order to protect its biodiversity and to strengthen Laos’ international profile as an eco-tourism destination. The status as a UNESCO World Heritage site would undoubtedly promote effective conservation of the region’s spectacular flora and fauna, and the geo-heritage of Laos. Laos as a member of the global community will contribute outstanding universal value for all citizens around the globe if Hin Nam No gains UNESCO World Heritage protection,” said Ambassador Lütkenherm.

Hin Nam No NPA, as part of a transboundary UNESCO World Heritage site with the Vietnamese Phong Nga Ke Bang National Park, would receive recognition by the international conservation community under the World Heritage convention. 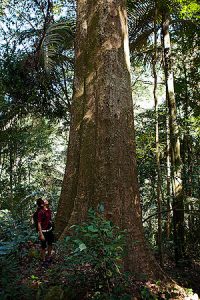 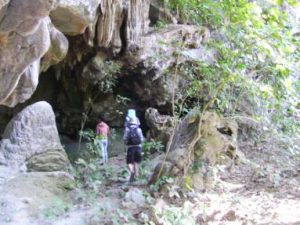 However, there is still much work required to prepare for the submission of the nomination to UNESCO, particularly with respect to increasing knowledge about Hin Nam No and its values through baseline research.

As Professor Emeritus Paul Williams concluded his mission, Dr. Leonid Averyanov, a well known botanist and orchid specialist, started his 2-week vegetation survey from May 2-17 in Hin Nam No.

What is Hin Nam No?

Scenic landscapes, rugged karst mountains, highly biodiverse flora and fauna and lovely people. That is how this unique National Protected Area in central Laos could be briefly described. Of course, there would be much more to mention and even more to explore, the latter being a continuous process here in this part of the Annamite mountains. Due to the specific topography consisting of steep mountains, unreachable hilltops, hidden valleys, unknown caves, countless streams and springs, Hin Nam No NPA is still a very well conserved place on earth harboring a huge quantity of hidden treasures.

But it is not only the biodiversity that makes Hin Nam No a real unique place. Also, the people surrounding and guarding the NPA are quiet distinct. It is the first NPA in Laos where villagers are directly involved and engaged in the sustainable use and protection of the NPA, making their living out of it. The flora and fauna are as diverse inside the NPA as the people around it. The fact that there are different ethnic groups speaking different languages and dialects proves that a joint effort and strong willingness to change will lead to strong governance and ownership, thus, conserving not only the habitat of flora and fauna, but their own natural resources.