Filmmaker and Pulitzer fellow Erin McGoff is currently running a ​30-day Indiegogo crowdfunding campaign​ to help raise part of $37,000 to finish her ambitious documentary featuring the secret bombing campaign in Laos, which was the scene of an intense yet clandestine proxy war during the Vietnam Conflict.

McGoff has brought on two-time Emmy-Award winning composer Jeremy Zuckerman to score the film. She also plans to tour the film all of 2019 in the hopes of educating more Americans about Laos and sparking a national conversation. 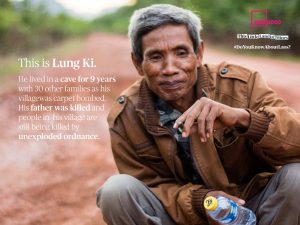 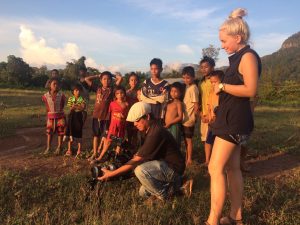 The fundraising campaign will end on July 6th at midnight. This film has been supported by The Pulitzer Center, NextPix, and World Without Mines. As of the writing of this article, the Indigogo campaign is currently 62% funded with $9,240 USD raised by 71 backers.

During the Vietnam War, the United States secretly bombed Laos more heavily per capita than any country in history, and 80 million unexploded bombs continue to terrorize, kill and maim innocent Lao people today.

But McGoff saw a bigger story here: the humanity of the Lao people. They are resilient, optimistic, and kind – and she showcases this in her upcoming feature film, This Little Land of Mines.

For more information on this documentary, please check out its following social media presences: