According to reports in the Thai media, the Kingdom of Thailand is set to introduce a double visa, allowing visitors to exit the country and re-enter, and may open the Nong Khai checkpoint 24-hours.

The news comes after Thailand began enforcing strict new visa policies in 2016, allowing foreigners of many nations only two entries by land per year.

The 2016 policy change deeply affected expatriates living in Laos, many of whom had previously traveled to Thailand for leisure or for medical reasons on a weekly or daily basis.

A report in The Thaiger today quotes Deputy Secretary-General to the Thai PM, Kobsak Pootrakul, as saying a double-entry tourism visa will be introduced. The new visa will allow visitors to enter, leave, and then re-enter Thailand during their stay in the Kingdom.

According to other reports, Mr. Kobsak has even said that a multiple entry visa may be considered in the future.

Thailand hopes to bring 42 million visitors to Thailand in 2020, after various factors, including an ultra-strong baht, have slowed tourism in the land of smiles.

The new double visa could help the country see more visits from expatriates in neighboring countries, including Laos, and entice tourists to re-enter Thailand after visiting other countries.

Reports from Thai media are also stating that the border checkpoint at Nong Khai could be set to open 24-hours.

The new hours would be trialed for three months, and if successful would continue.  So far, no official statement has been made by Lao authorities in regard to 24-hour operations at the border. 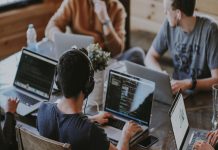