HONG KONG SAR – Media OutReach – 14 May 2021 – Consumers nowadays are more than spoilt for choice, in fact, many people are affected by ‘information paralysis’, that is, having too much information to effectively decide, often resulting in either a wrong decision or a poorly evaluated one. In this article, TECNO helps you to make good decisions amongst the three latest Android phones. They are TECNO CAMON 17 Pro, Samsung A51 and Redmi Note 9 Pro.

All three brands vary in terms of design, features, and functionality. TECNO, an increasingly globally popular brand, is a new generation of smartphone brand today with tasteful artistic design and contempary cutting-edge camera technology. Samsung and Redmi have been fan favourites, and their smartphone models are often popular amongst those most price-conscious consumers. 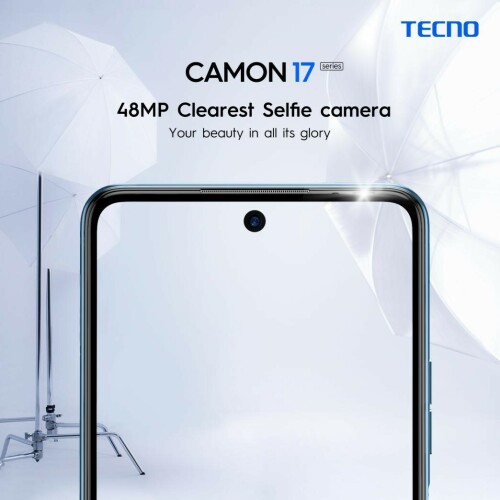 The consumers nowadays are very savvy in understanding the technology and features that goes into each smartphone model. One of these considerations is the camera capabilities and the supporting software. TECNO CAMON 17 Pro clear winner with a 48 MP front camera, while both the Samsung A51 and Redmi Note 9 Pro cameras are at 32 MP and 16MP respectively, hence allowing the user of TECNO CAMON 17 Pro to capture selfies with quality that is comparable to even rear cameras on some smartphones. Considering the rear camera, TECNO CAMON 17 Pro and Redmi Note 9 Pro are equipped with 64MP rear ultra quad camera, while the Samsung A51 maxes out at 48MP.

What is more fascinating is that the TECNO CAMON 17 Pro comes with trademarked TAIVOS technology, which stands for TECNO AI Vision Optimization Solution. It provides users with extremely good visuals, even in low-light environments. TAIVOS can blur out the clutter in the background and optimize image clarity, thereby enhancing night photography effects. Therefore, making it difficult for other mobile phones to bring users a brighter experience in dark environments. The TECNO CAMON 17 Pro is great for anyone who loves to take selfies as keepsakes. The CAMON 17 Pro’s front cameras are just as outstanding as its rear – TECNO is a pioneer in this industry with a 48MP front camera. The functions of TECNO CAMON 17 Pro are smoother than similar products with both multi-camera and AI camera modes, providing breath-taking visuals. 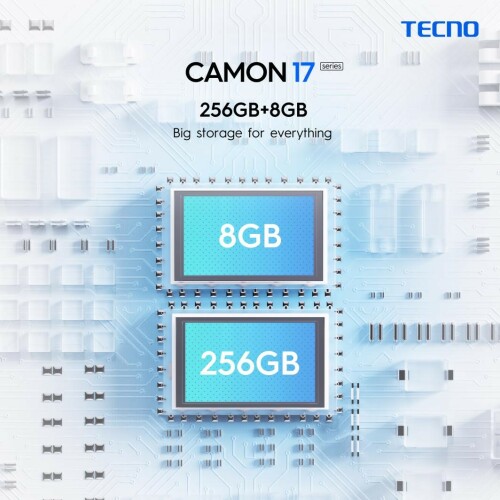 Powerful cameras need equally lasting battery and storage space. The TECNO CAMON 17 Pro has enough space for just about anything with 256GB ROM + 8GB RAM whereas the Samsung A51 and the Redmi Note 9 Pro has only 128GB ROM + 6GB RAM respectively, which is half of what the TECNO CAMON 17 Pro can store.

In addition, the TECNO CAMON 17 Pro has an enormous 5000mAh battery so you do not need to worry about your phone not being able to function when you need it most. The Samsung A51 has a smaller battery whereas the Redmi Note 9 Pro has a slightly bigger battery of 5020mAh, but that difference is negated by CAMON 17 Pro’s flash charging technology as the phone’s battery can be charged faster. And the 33W fast charger of CAMON 17 Pro enable a quick charge of up to 70% in just 30 minutes, which is an upgrade compared to the 15W charger of the Samsung A51 and 30W charger of Redmi Note 9 Pro. 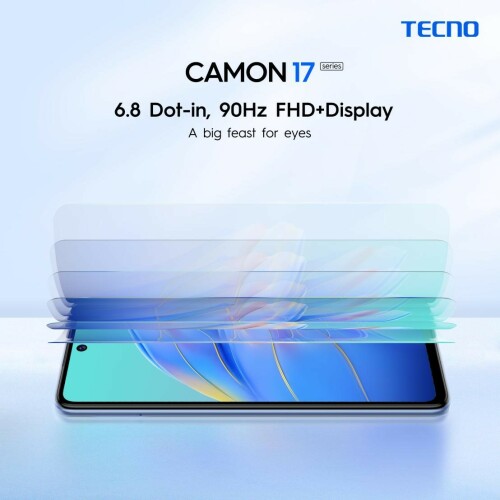 When it comes to visual real estate, size does matter. Amongst the three smartphone models, the Samsung A51 offers the smallest screen real estate, a 6.5 inches full HD screen while the Redmi Note 9 Pro and TECNO CAMON 17 Pro have bigger screens at 6.67 and 6.8 inches, respectively. Here, the TECNO CAMON 17 Pro does have an edge over the rest and what’s more, the 90Hz smooth refreshing rate of TECNO CAMON 17 Pro enable the users never worry about any animation rolling issues on the phone, the 90 Hz super-high refreshing rate offers a smooth, snappy and refreshing experience. The CAMON 17 Pro’s full HD mobile phone provides the user with more ease in controlling as well as a more comprehensive view of the mobile games and videos on the phone. Additionally, the TECNO CAMON 17 Pro has an operating system of Android 11 whereas the Samsung A51 and Redmi Note 9 Pro are only at Android 10.

So which phone would you prefer after reading the comparisons? After our comparisons, the TECNO CAMON 17 Pro stands out for the young, adventurous generation that is looking for a phone that can not only perform the basic functions well, but also have additional tools that add so much value to a phone. Redmi Note 9 Pro performed slightly worse in the front camera, fast charger and the screen, which could be a second choice with limited budget, while Samsung A51 stands out with its brand impact, and with no other obvious strength.