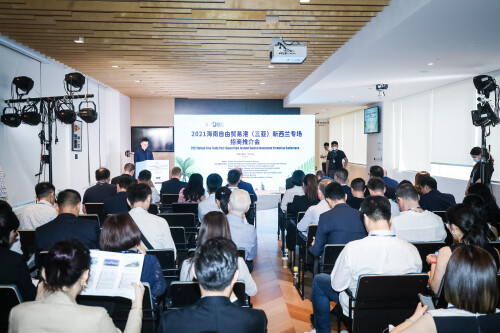 It is worth mentioning that to deliver an efficient conference, the Shanghai venue was cloud-connected with the New Zealand branch venue, and relevant New Zealand enterprises operating in Beijing and Guangzhou have also participated in the event online.

It is reported that Sanya attaches great importance to quality investment promotion. Since the release of the Master Plan for the Construction of Hainan Free Trade Port, as of June 11 this year, Sanya has negotiated with 2,379 investing enterprises, 1,825 were registered, and 254 have signed agreements. Among those, a host of highlights have been produced in terms of international investment promotion: 253 new foreign-funded enterprises were established in Sanya, a year-on-year increase of 295.3%; the actual utilization of foreign investment by investing enterprises was USD 525 million, an increase of 93.7% year-on-year. Enterprises from the US, Russia and other countries have come to make investments in Hainan, to share the new development opportunities in Sanya.