LIMA, PERU – Media OutReach – 9 September 2021 – Peruvian agri-food exports to Thailand continue to grow in 2021, reaching US$4.2 million in May, comfortably exceeding the US$3.6 million achieved in 2020. 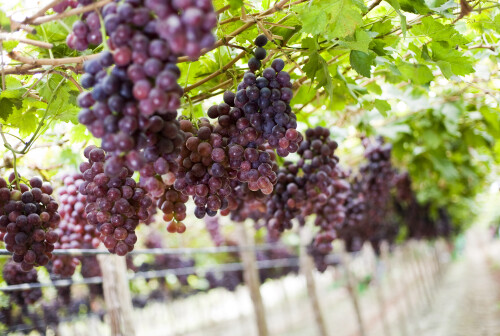 Avocados, grapes, cranberries and asparagus were the leading Peruvian foodstuffs exported to Thailand last year. The biggest boom was in cranberries, which increased in value by 747% compared to the previous year.

The growing importance of the Thai market to Peru’s export strategy is the reason behind the transfer of PROMPERÚ’s trade office in the region. After almost five years based in Hong Kong, from 2021 Bangkok will be home to the Peruvian organization’s promotional office in South-East Asia.

The main objective of PROMPERÚ’s trade office in Bangkok will be to increase the demand for Peruvian produce through new trade agreements and promotional actions.

Over the coming months, the promotions will reach the leading ecommerce platforms in Thailand. Peruvian avocados, cranberries, quinoa and chia have been available since July and through to September on the Fresh Living website. In addition, leading supermarkets such as Tops, Foodland, Makro and Max are also offering their shoppers Peruvian avocados and cranberries online in August and September.

“In Thailand we are committed to direct consumer promotion because, according to Food Export, around 54% of Thai people search for food from the West and therefore buy imported foodstuffs”, explained the Trade Commissioner of PROMPERÚ in South-East Asia, Erick Aponte.