The acquisition of Volmi marks Virtuos’ first foray into Eastern Europe, bolstering its development capabilities for clients in the region and around the world

SINGAPORE – Media OutReach – 26 January 2022 – Virtuos, a leading global game development company, today announced the completion of its acquisition of Volmi Games (‘Volmi’), a 2D and 3D art production studio with 140 employees based in Kyiv, Ukraine. The expansion is a key part of Virtuos’ growth strategy, as it increases its global footprint to better meet the growing demands of its clients. 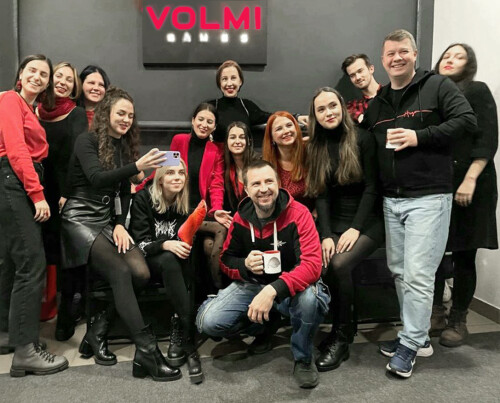 Following the acquisition, Volmi will rebrand itself as “Volmi – A Virtuos Studio”. Loban and Baranenko will continue to helm the studio as General Director and Operations Director, respectively.

Virtuos’ expansion into Kyiv marks the company’s first foray into Eastern Europe, tapping into Ukraine’s growing pool of tech talent. The new studio will function as a key node in Virtuos’ expanding global footprint and bringing the company closer to its European clients, while bolstering its game development and art production offerings.

Gilles Langourieux, CEO at Virtuos comments, “We’re kicking off the new year on a high by welcoming another passionate team to the Virtuos family. What Volmi has achieved in the five years since its inception is truly remarkable. We are excited to leverage the team’s deep art production expertise and high growth potential to ensure our continued success. Looking forward to working with and growing alongside Volmi, as we expand our capabilities together as a team.”

Vladimir Loban, General Director at Volmi – A Virtuos Studio adds, “Joining Virtuos is a natural next step in Volmi’s growth journey. Supported by Virtuos’ global portfolio of AAA projects, end-to-end art production and full-stack game development solutions, we are confident of accelerating Volmi’s growth and moving up the value chain to provide even better content for our clients.”

Miroslav Baranenko, Operations Director at Volmi – A Virtuos Studio adds, “Both Virtuos and Volmi are culturally aligned in our pursuit of excellence and having talent development at the core of our businesses. Together with Virtuos’ support, we aim to grow the Volmi team from about 140 to 500 employees within three years, in tandem with our wider growth ambitions.”

The establishment of Volmi – A Virtuos Studio builds on Virtuos’ track record of studio acquisitions and integrations in the past decade, including CounterPunch Studios in Los Angeles in 2020, Black Shamrock in Dublin in 2017, and Sparx* in Vietnam in 2011. In 2021, Virtuos also secured a USD150 million investment from Baring Private Equity Asia and opened a studio in Lyon, adding on to a growing list of studios within its global network.