The Lao People’s Democratic Republic on Wednesday became the 27th nation to submit to the United Nations its document of ratification for the Paris Agreement on climate change. The Paris Agreement, the first global climate change accord, will enter into force 30 days after 55 nations representing at least 55 percent of global greenhouse gas emissions have deposited their instruments of ratification, acceptance, approval, or accession to the U.N.

Laos is responsible for 0.02 percent of global emissions, meaning its ratification doesn’t move the dial much on the 55 percent requirement. The nations that have ratified the agreement to date, including Laos, account for a total of 39.08 percent of global emissions. That is primarily due to the recent inclusion of China and the United States, respectively the world’s No. 1 and 2 emitters.

The U.N. will host a special event on Sept. 21 at its headquarters in New York to give nations an opportunity to formally join the agreement, which is expected to enter into force in late 2016 or early 2017. 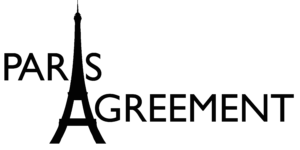