The Luang Prabang Film Festival (LPFF) is pleased to release the lineup for its seventh annual event, which will run 2-7 December 2016.

Official selections are made by experts and critics from across Southeast Asia referred to as “Motion Picture Ambassadors,” and represent a carefully chosen collection of what they believe to be the finest contemporary films from their respective countries. By identifying great curators with inside understanding of their community’s film scene, LPFF is able to produce a unique program that ensures in the inclusion of the strongest voices from across Southeast Asia.

Not only is LPFF a celebration of the finest Southeast Asian cinema, it has become well known as a unique forum for regional film professionals to network internationally and to exchange diverse ideas and experiences.

The feature films in the 2016 festival program are:

*Films with confirmed directors, producers, or actors in attendance.

In addition to LPFF’s feature film screenings, LPFF will also have four programs of short films: a collection of recent architecture-themed titles including The Man Who Built Cambodia by Christopher Rompre and Haig Balian, and Aditya Assarat’s La Scala; a selection from the 2016 Vientianale Short Film Competition that will showcase budding talent in Laos; Philippine shorts to compliment the festival’s SPOTLIGHT (see below); and recent award winners on Viddsee, an online video platform featuring short films from across Asia. 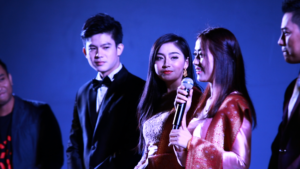 There will also be several major public discussions this year for visitors of the festival, including a discussion on online programming and video-on-demand, featuring Siam Film Associates, an aggregator for Netflix, and FilmDoo, a TVOD service with films from over 125 countries. This year’s SPOTLIGHT program is on the Philippines, with a full day of programming devoted to screenings and discussion of Philippine features and shorts, showcasing the nation’s exciting and rapid development in film production. This program will be hosted by Francis “Oggs” Cruz, LPFF’s Motion Picture Ambassador for the Philippines.

In an exciting new collaboration, staff from Tribeca Film Institute® (TFI) will be attending the festival this year, leading a Talent Lab for Southeast Asian filmmakers on grant writing and project pitching. After sessions of instruction, practice, and a pitch forum with feedback given by various industry professionals, one project showing great promise will be selected by TFI to attend the TFI Network market, which will take place in New York City at the 2017 Tribeca Film Festival®. There, TFI will arrange meetings for the filmmaker with editors, distributors, and financiers. TFI will then mentor him/her through the completion of the project. Later this month, a call for applications will be released, inviting Southeast Asian filmmakers to apply to participate in this Lab.

Well over half of the festival’s films have already confirmed the attendance of their directors, producers, or actors. These filmmakers will participate in numerous festival events, including post-screening Q&As at the LPFF Day Venue located at Sofitel Luang Prabang.

LPFF will offer five live evening performances on its main stage before headline screenings at its Night Venue, the Handicraft Market at the main intersection in town. There will be live dance, music, and theater, as well as a concert with some of Laos’ brightest stars. 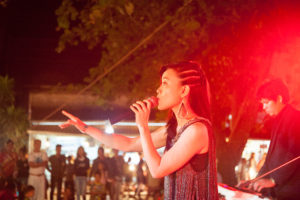 On display will be an exhibition of photographs from Myanmar ­­­­from the lauded Southeast Asia Movie Theater Project, accompanied by a presentation by the initiative’s founder, Philip Jablon. As a reprise to his trip there over five years ago, Jablon spent February and March of this year researching and photographing movie theaters in Myanmar, a nation experiencing an overall rebirth of cinema-going. Included in the exhibition will be images from both research trips.

All screenings and activities of the festival are free and open to the public. 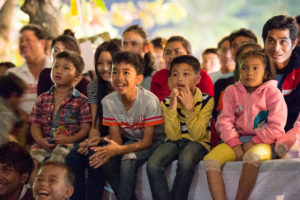 The festival’s biggest sponsor this year is the Lao Brewery Company with three of their brands: Beerlao Gold, Pepsi, and Tigerhead. The amount of funds LBC has invested is the largest the Luang Prabang Film Festival has ever received from a single company. It is also the largest amount that LBC has ever given to an external project in its history.

This year, Oxfam International has supported LPFF’s Lao Filmmakers Fund, a publicly-generated fund that allows filmmakers in Laos to apply for grants to help realize their film projects. Oxfam’s donation has allowed local filmmakers to apply for grants of up to $10,000 USD per project. Last year’s grant recipients were Suliyachak Phuntulad and Mattie Do, and this year’s winners will be announced in early November.

For more information on the festival, visit lpfilmfest.org or stay up to date at facebook.com/lpfilmfest.