Certain members of the foreign media have hailed Laos as the “battery of Southeast Asia,” with one of the nation’s economic development strategies centered on the export of electricity to Thailand and other neighboring countries.

With 42 power plants now operational, the country is poised to realize its electricity ambitions. With a current installed capacity of approximately 6,000MW, the Lao government expects to achieve 14,000MW by 2020. 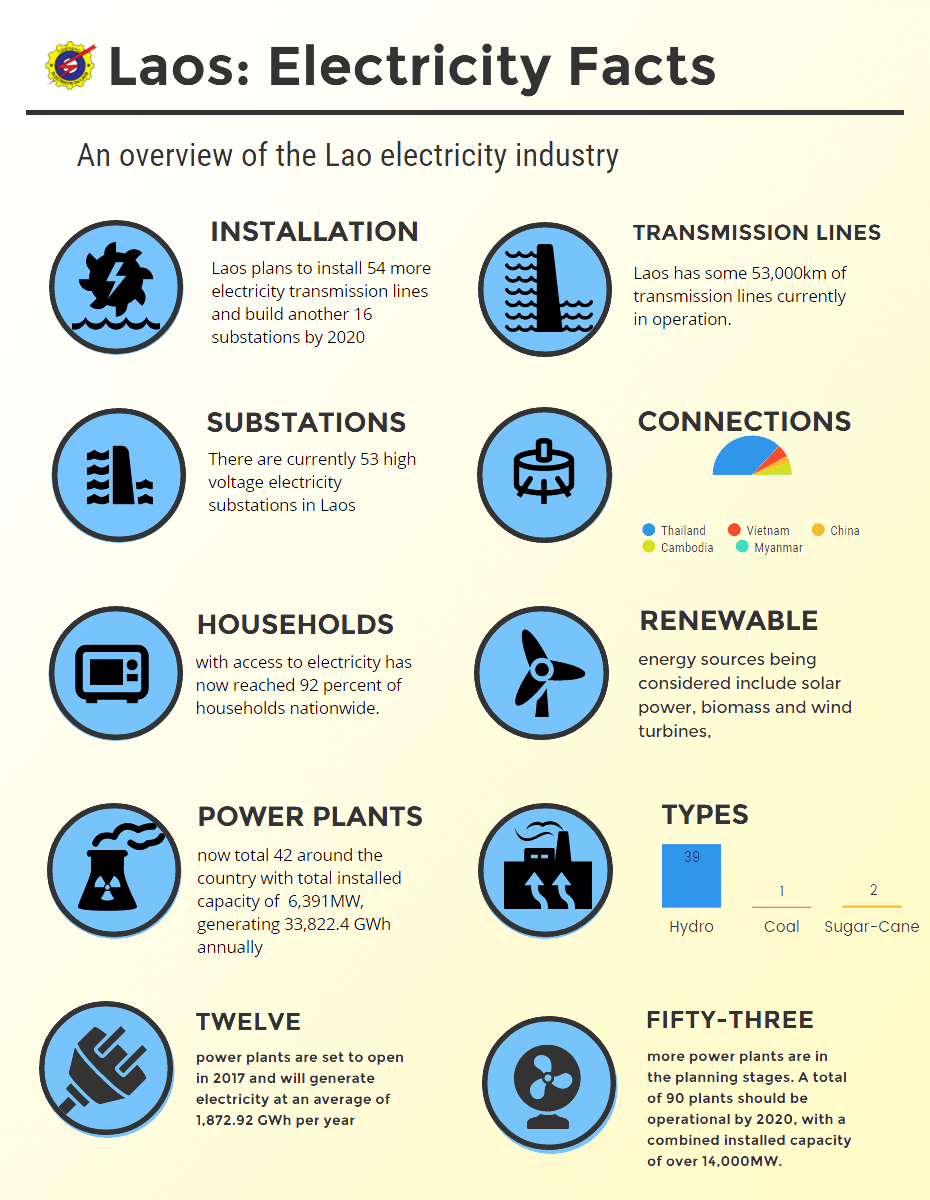 Laos plans to install: 54 more electricity transmission lines and build another 16 substations by 2020

Transmission lines that connect with neighbouring countries: 14 carry power to Thailand, 2 to Vietnam, 1 to China, 2 to Cambodia, and 1 to Myanmar.

Households that have access to electricity: 92 percent of households nationwide