Social media has been going wildly insane about Melania Trump’s handpicked interior designer, Tham Kannalikham, who is expected to make the Trump’s feel more homey at their new private quarters in the White House with her reputed design prowess.

Members of the Lao community within Laos have digitally, unanimously expressed their pride at having one of their Lao brethren recognized for such a distinguished job. The appointment was perceived as the best interaction with America and a continued shining of the international spotlight on the country since Obama’s recent visit. The majority of Lao people was overjoyed by their “sister’s” accomplishments, despite their differences in citizenship. To the Lao people in Laos, Kannalikham’s fame is an international validation of the success of the all Lao peoples of all political stripes, a feat for which the whole “nation” of Laos can take credit and be proud.

“She is beautiful, she is talented. No matter where her passport comes from, her name says it all. She is Lao or Laotian, or whatever is preferred. This proves that Lao people, can be successful anywhere and are not inferior to any other nation,” notes one comment on Facebook.

Reactions were a bit more ambivalent within the Lao diaspora. While a tantamount level of pride was similarly shared within much of the Lao-American community regarding Kannalikham’s appointment, a considerable number have protested her decision to accept it. For many anti-Trump Lao-Americans, the acceptance is viewed as an offense to the honor of the Lao economic migrants and refugees who have come to consider America their home. To them, Trump has a personal vendetta against immigrants, evident in his recent controversial travel ban.

“I don’t mean to disrespect her success, but it is highly unfortunate that her Lao-related recognition is in light of the Trump Presidency. Not proud to have Laos associated with the Trumps in any way,” comments a woman on social media.

Whether one believes Kannalikham’s decision was right or wrong, it is undeniable that working with FLOTUS and the White House will launch her career to new heights and perhaps get Laos the attention of POTUS himself.

Who is New York-based Tham Kannalikham?

According to Women’s Wear Daily, Melania Trump has selected Kannalikham, 40, to put her personal design prowess on the First Family’s private quarters, located on the 2nd floor of La Maison Blanche.

We do not know much about this mystery lady, but here’s what we do know (info courtesy of realtor.com):

While the Lao-American interior designer will be revamping one of the most eminent houses in the world, it is difficult to ascertain any information on her past works. This secrecy could have very well been deliberate so as to protect the identity of the person at the center of this internationally high-profile undertaking. 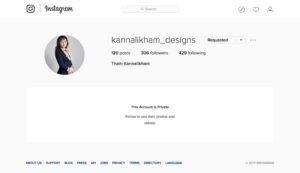 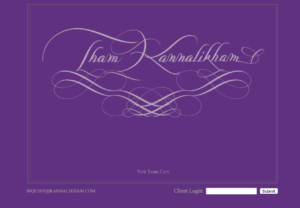 2. She is an immigrant

Favored by Melania, probably not by the Donald, a variety of sources say she is Lao-American, born outside of America (most likely Laos or Thailand?) growing up in Stockton, CA, before moving across the country to attend the Fashion Institute of Technology. Her current firm, Kannalikham Designs, is located in New York City. It is widely speculated that Melania Trump met Kannalikham in the Big Apple, but how exactly remains a mystery.

Kannalikham was a designer at Ralph Lauren Home, the home decor arm of the global fashion brand. Could it just be a coincidence that Trump wore a powder-blue Ralph Lauren dress to her husband’s inauguration last month?

Many have speculated that the First Family will redecorate the White House in the same ostentatious style as the Trump Tower. If Kannalikham has anything to say about it (which she does because she was hired!), the White House will maintain a more traditional style that pays homage to its history.

Trump’s senior adviser told Women’s Wear Daily that she has “a deep appreciation for the historical aspects of the White House.” Kannalikham is a frequent attendee of events held by the Institute of Classical Architecture & Art, a nonprofit dedicated to the appreciation of the classical style in architecture and interior design.

While all signs points to Kannalikham choosing traditional furniture selected from the White House archive, there’s also a strong possibility we’ll see touches of Mid-Century Modern furnishings in the mix. Kannalikham’s affinity for this iconic style was made evident in one of her former projects, a Greenwich, CT, home. Architectural Digest reported that she selected period pieces from William Haines — the 1920s film star-turned-tastemaker and interior designer.

The Laotian Times has reached out to Kannalikham for further enquiry. A family representative has kindly asked the press to allow her and her family members a fair amount of privacy so that she can focus on the important task at hand. The family will reach out when they are ready to make a formal statement.