Luang Prabang, 18 July 2017 — In a historic first for the small Southeast Asian country, Laos will submit a film to the Academy of Motion Picture Arts and Sciences for consideration in the 90th Academy Awards, to be held on 4 March 2018.
The Academy Awards, better known as the Oscars, is an annual awards show celebrating achievements in cinema across a number of categories from the past year. Each year, the Oscars allow approved world nations to each submit one film to the Best Foreign Language Film category. This year will mark the first year that Laos will submit a film for the category.
A selection committee made up of Lao filmmakers and film industry professionals will decide the nation’s submission. The committee includes documentarian Vannaphone Sitthirath, producer and actor Douangmany Soliphanh, director and Lao New Wave Cinema co-founder Anysay Keola, Lao media fixture Somsanouk Mixay, the Lao Department of Cinema’s Deputy Director of the Film Promotion Division, Dethnakhone Luangmovihane, as well as Simmany Keokene, also from the Department of Cinema.
The committee has been facilitated by the team behind Luang Prabang Film Festival, an annual celebration of Southeast Asian cinema in the UNESCO World Heritage town of Luang Prabang, Laos. The festival, which will hold its eighth edition this 8-13 December 2017, has contributed to a recent rise in filmmaking in Laos.
“The filmmaking industry in Laos is still relatively small,” says Bree Fitzgerald, the Luang Prabang Film Festival’s Head of Programming. “However, its recent growth led us to form a selection committee for the Academy’s approval this year. This was something we always dreamed of doing, and now seemed like the right moment for Laos.”
And this past year was a big one for Lao film. The Luang Prabang Film Festival partnered with HBO to provide the channel with more Southeast Asian content, and as a result the Lao crime thriller At the Horizon made it into HBO Asia’s programming at the end of 2016. Directed by selection committee member Anysay Keola, At the Horizon is the first Lao film to be picked up by a major network. Keola’s filmmaking collective, Lao New Wave Cinema, has been a major force in the revival of Lao filmmaking since it started in 2011. Lao-American filmmaker Mattie Do’s recent horror flick Dearest Sister has also seen great success, appearing in 24 film festivals across the globe. 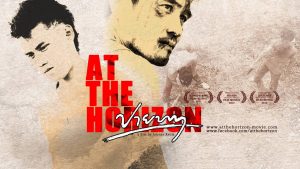 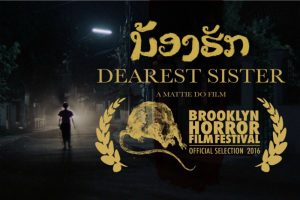 In spite of this growth, Laos still only has three working cinemas in the country, which is an obstacle for Lao filmmakers in gaining viewership. However, outside of the Luang Prabang Film Festival and Vientianale–an international festival taking place in Vientiane, Laos–Lao films are finding exposure through online platforms like Viddsee and on the international festival circuit.
This summer, the committee will consider and evaluate all eligible Lao films. Members of the committee will meet in September to decide the country’s submission for the 2018 Oscars, and the submission will be announced in October.
——————–
All Luang Prabang Film Festival press enquiries:
Eliza Mott: eliza.mott@lpfilmfest.org / +856 20 59 70 11 59
LPFF Background:
Founded in 2009, the Luang Prabang Film Festival (LPFF) is an annual celebration of Southeast Asian cinema held every December in the UNESCO World Heritage town of Luang Prabang, Lao PDR. LPFF is a not-for-profit project that fosters cross-cultural dialogue within the region and supports the burgeoning film industry in Laos. Throughout the year, LPFF organizes a range of cultural events and educational activities, from film screenings to workshops for amateur Lao filmmakers. LPFF also manages the Lao Filmmakers Fund, a publicly-generated granting system that helps local artists realize their film projects.