A fire that razed the Sang Jiang Chinese market to the ground last Friday evening has shocked the city of Vientiane Capital.

Meanwhile, the construction of a new and modern Sang Jiang shopping center directly adjacent to the existing market has raised questions among the population regarding the cause of the blaze.

Mr Ding Guao Jiang, a representative of Sang Jiang Lao Sole Co., Ltd, addressed the media at a press conference held yesterday. He said that the fire started at around 5:30pm, spreading quickly and raging for over three hours before firefighters were able to fully extinguish it. 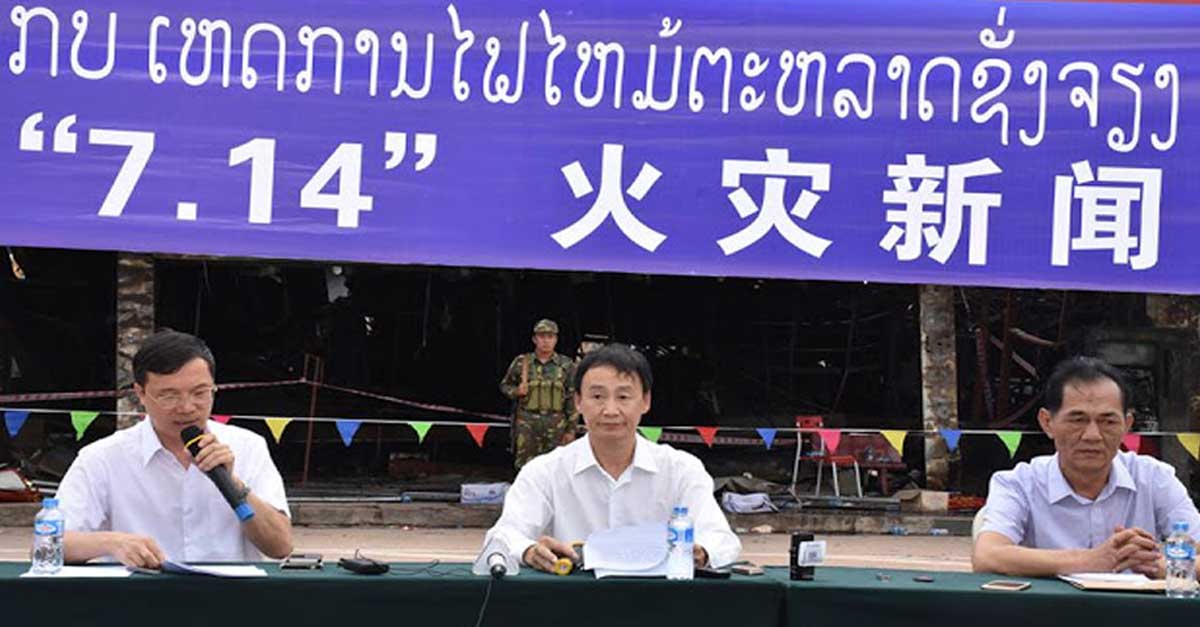 “Most of the market stalls and shops had already reached the end of their lease agreements last year.”

“Our company had plans in place to demolish the existing market and move stall owners to the new shopping complex in April this year,” added Mr Ding.

He stated that the company has set up a specific task force to investigate the incident.

Shopkeepers and stall owners have expressed their concerns regarding the cause of the fire, many of them now out of work and with no place of business.

One shopkeeper was quoted as saying, “we had all been informed about the eventual requirement to move to the new shopping center. Many of us had already paid deposits to reserve stalls at the new mall, but since the mall has not been completed on time, we had to continue operating our shops at the original market location.”

The new Sang Jiang Shopping Center is currently only 70% complete, although due to open this year.

Over two hundred and sixty market shops and stalls were devastated by the fire, as well as several vehicles parked nearby.

The total cost of the damage caused by the fire has not yet been revealed, while authorities have stated that there has been no loss of life or injuries among stall owners or customers.

20 fire trucks were dispatched to the scene, with 100 firefighters from the Vientiane Fire Suppression and Protection Police Department fighting the blaze, while rescue workers attended to victims.

The total destruction of Sang Jiang comes as the busy marketplace was due to celebrate its 10th anniversary this August, having been officially opened in 2007.