A lucky draw was held at The Pizza Company, Vientiane Center branch yesterday, in celebration of the new year, attended by the media and special guests.

Mr. Boutsavanh Vongpaseuth, Marketing Manager of The Pizza Company, said, “we have held this lucky draw to show our appreciation for our customers and as a new year’s gift.” 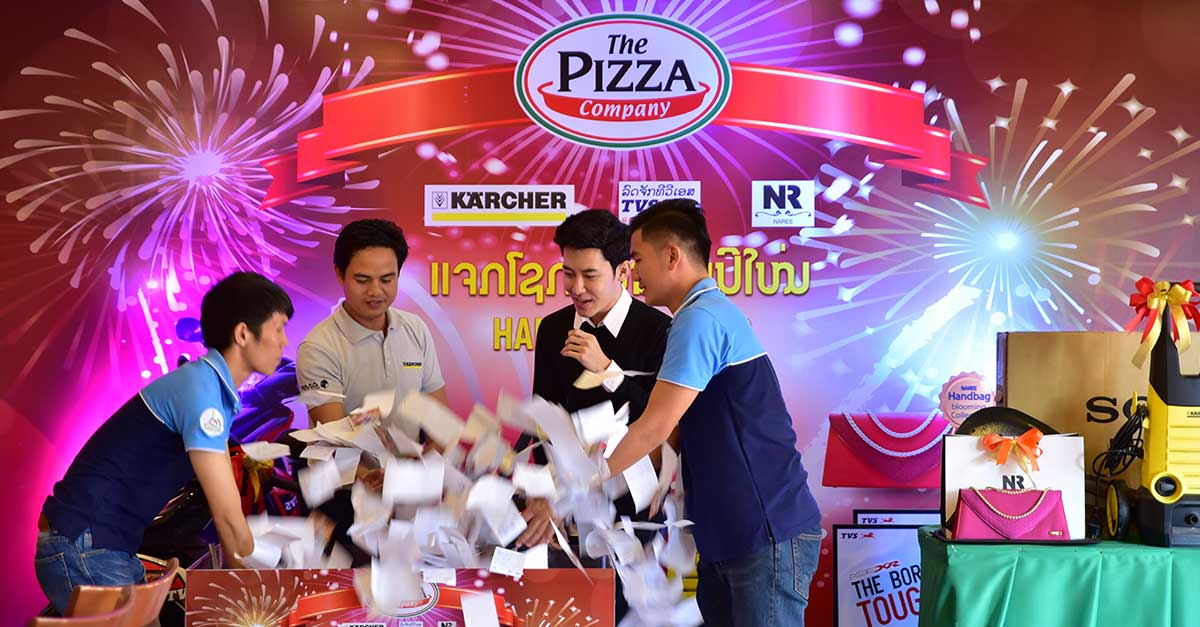 The names of the lucky draw winners are as follows: