A spectacular lunar eclipse will be visible from Laos this evening as the moon passes into the Earth’s shadow at approximately 20:29.

According to NASA, the eclipse will be best viewed in the western United States, the Pacific, and eastern Asia. 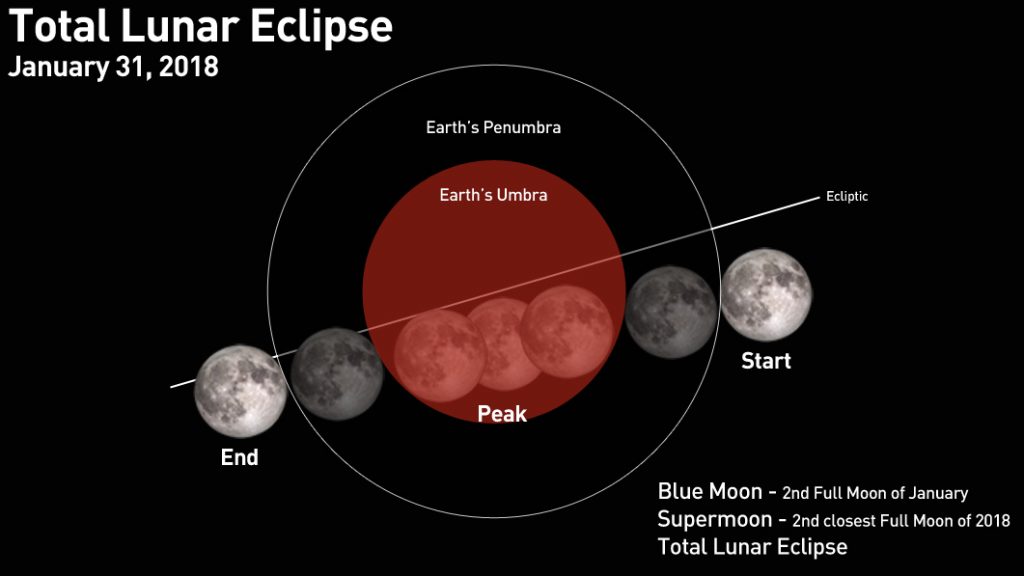 The event is said to be even more remarkable due to the moon being in its supermoon phase, meaning a full moon coincides with the moon’s closest approach to Earth in its orbit. When a supermoon occurs, the moon appears larger than normal, and also appears brighter. The last supermoon occurred on December 3, 2017.

Keen stargazers in Vientiane should keep an eye on the moon from 19:51 this evening, when the eclipse will begin. It will last a good couple of hours, ending at 22:11.

A lunar eclipse is sometimes referred to as a “blood moon,” as the moon appears bright red in color.

See an animation of the event at timeanddate.com