Singapore’s Prime Minister Lee Hsien Loong has welcomed Prime Minister Thongloun and counterpart government leaders from across the region at the 33rd ASEAN Summit and related summits from Nov 13-16.

The presidents and prime ministers of governments from across South-East Asia are in the island state for regional dialogue on global issues of importance at key meets during a time of rapid, landscape-shifting changes in the region and beyond.

Also on the way to the city are leaders of ASEAN dialogue partners such as China’s Xi Jinping, India’s Narendra Modi, Japan’s Shinzo Abe and Russia’s Vladimir Putin for the 13th East Asian Summit.

They will be joined by US Vice President Mike Pence, who will head the US delegation in the absence of US President Donald J Trump.

The summit will be followed by an Asia-Pacific Economic Cooperation (APEC) meet to be held in Papua New Guinea’s capital Port Moresby. 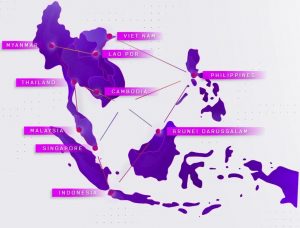