More than just an anniversary, the celebrations for the 70 years of the Lao Armed Forces on January 20 also a provide a handy milestone in the Lao political cycle.

That wasn’t just a half hour of fireworks on That Luang Esplanade and the biggest parade by the nation’s troops in a decade.

Last weekend’s celebration of the 70 years of the Lao Armed Forces was also a forum for international military-military links and a milestone in the Lao political cycle that marks three years since the previous Party Congress and two years until the next.

Kommadam Academy of the Ministry of National Defense in Naxaythong district was the venue for the celebration of the 70th anniversary of the Lao People’s Army. There the Armed Forces showcased the capacities of members and their equipment in service of the people of Laos. The event was an eye catcher, bringing together the nations front line serving military personnel and hardware in a way that is rarely witnessed in peacetime Laos.

Photographers from local and international news agencies snapped images of equipment including theYak-130 advanced jet trainer appearing, in this case caught on image via news agencies such as China’s Xinhua. 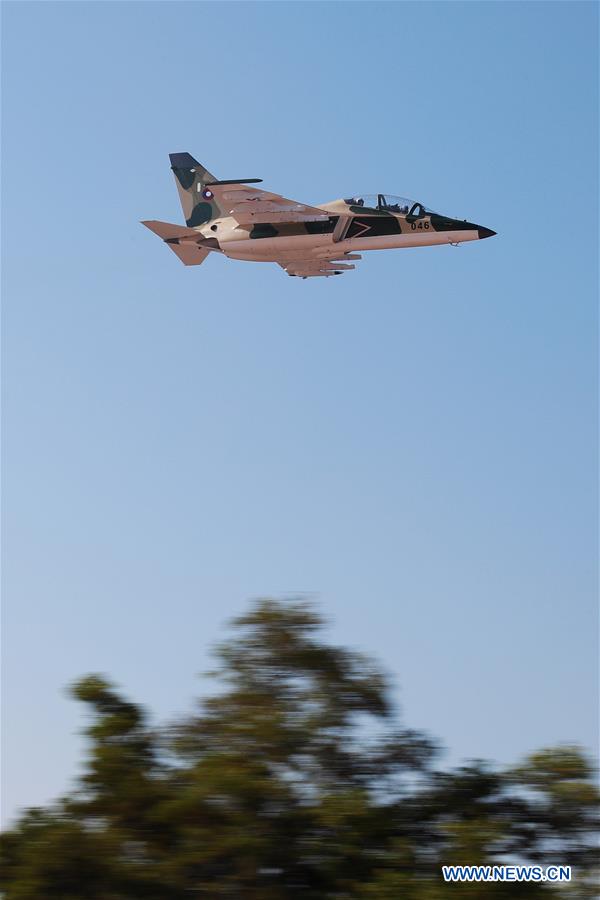 However, it was images of the personnel themselves that proved quite gripping and potentially fear-inducing. 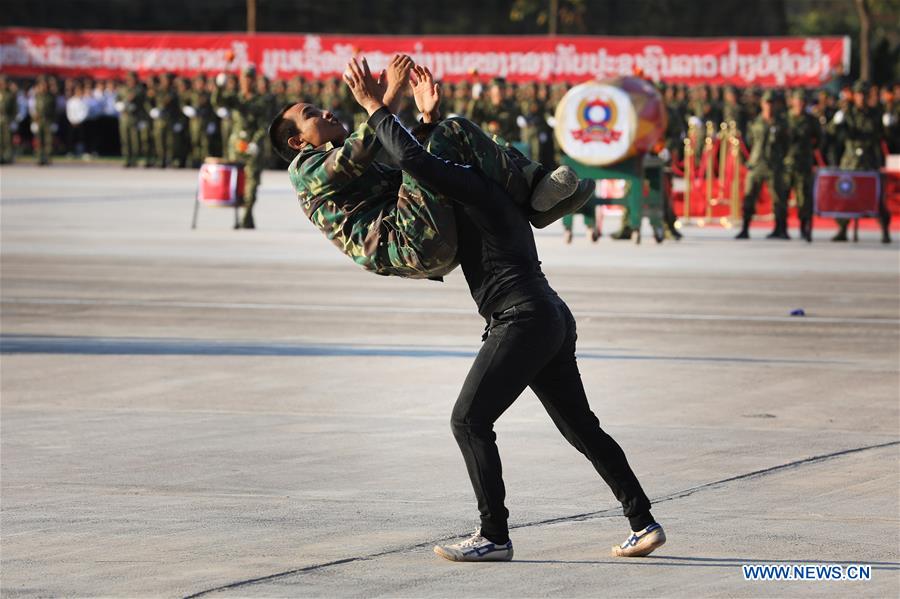 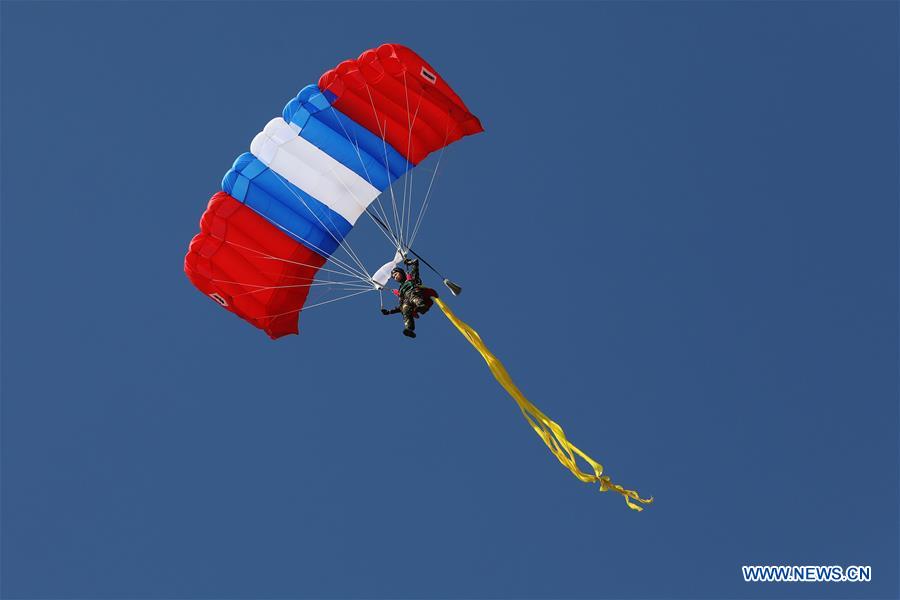 The parade was broadcast by Lao National Television and partners including Lao Star TV.

As in Laos as much as anywhere, such an event to honor a nation’s armed forces is also attended by the country’s most powerful civilian as well as military leaders, past and present.

As such, the event was held in the presence of Party and government leaders including President Bounnhang Vorachit, Prime Minister Thongloun Sisoulith, senior military officials, former leaders, foreign military officials and representatives of mass organizations.

The event comes some three years to the day since the 10th Lao People’s Revolutionary Party Congress in January 2016 and some two years out from the next. A Party Congress helps set policy directions and can have lasting influence not only on the fate of the nation but on the career trajectories of its delegates alike.

The event comes after Lao Defence Minister Chansamone Chanyalath’s promotion to the rank of General – the highest rank in the Lao People’s Army – in 2018.

While Laos remains under civilian rule under the LPRP, military service and familial connections provide one of the fertile sources for political capital in the country’s single party system.

International attendance was also up.

A number of foreign military delegations, including those from Vietnam, China, Cambodia, Russia, Myanmar and Thailand, as well as representatives from diplomatic corps and international organizations also attended.

Alongside the closely politically aligned neighbors namely Vietnam and China, capturing the recent headlines in military relations with Laos has been Russia.

While the export of some 30 famed T-34 tanks from Laos to Russia grabbed global headlines recently, some more modern kit has been heading the other way.

Russia’s Head of the Directorate General for international military cooperation Aleksandr Klimovsky stated that Moscow had opened a military office in Laos while at the parade in the country’s capital of Vientiane on Sunday.

High level as to be expected, the Vietnamese delegation to the event was led by Politburo member and Minister of National Defence, General Ngo Xuan Lich. With his Lao counterpart General Chansamone, he presided over the start of repair work at the Lao capital’s Museum of Military History with the granting of some 13 billion kip (1.5 Million USD).

Not to be outdone, China was also conspicuous in its generosity, handing over a medical ward at Vientiane’s Military Hospital 103. Covering 24,000 square it meters, is equipped with nearly 300 beds and six operating rooms, and can provide medical treatments for approximately 3,000 outpatients each day.

Later the same evening, ground shaking booms and shimmering explosives were felt and indeed seen from vantage points across Vientiane on January 20 as the country’s Armed Forces marked 70 years since its establishment with a generous pyrotechnic display above That Luang Stupa, the nation’s “heart”. 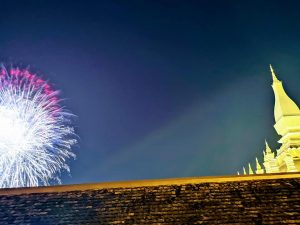 Members of the public sat in the back of parked pickup trucks or stood with camera phones raised in wonder as the booms echoed across the flat and reflective asphalt surfaces to take in the spike in sight and sound. 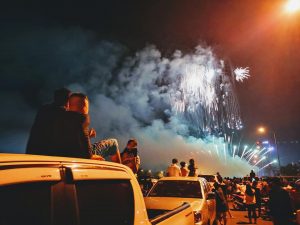 The pyrotechnics were the biggest to be witnessed in the capital since December 2015 for the marking of the 40th Anniversary of the establishment of the People’s Democratic Republic.

Amid the pyrotechnic bombast, one could easily imagine a twinkle in the eye of another Lao warrior, the leader King Setthathirat, whose statue sits ever perched upon his elevated pedestal in front of the golden stupa. 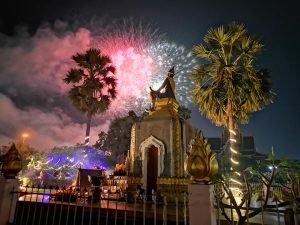