Tropical storm Noul is dissipating as it moves from Laos toward Thailand, according to NASA satellites.

Tropical Storm Noul made landfall in central Vietnam on 17 September, and the Suomi NPP satellite from NASA-NOAA captured an image of the storm over Laos. Noul has been weakening as it heads toward Thailand where dissipation is predicted.

The Joint Typhoon Warning Center (JTWC) reported that the system made landfall just north of Hue, Vietnam at about 0100 UTC on 18 September (9 p.m. EDT on 17 September) and had begun to track inland. 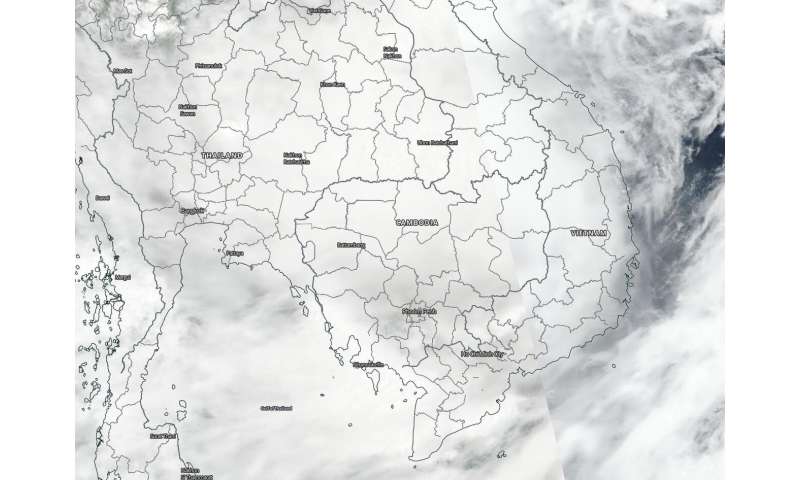 At 3 a.m. on 18 September, the VIIRS instrument on board the Suomi NPP satellite provided a visible image of Noul as it crossed into Thailand. The storm appeared shapeless and identification of the low-level center was difficult due to deep convection.

By 5 a.m. EDT (0900 UTC), JTWC issued its final bulletin on the storm. At that time, Tropical storm Noul was located near latitude 16.4 degrees north and longitude 104.4 degrees east, about 174 nautical miles west of Da Nang, Vietnam and over Laos. It was moving to the west and had maximum sustained winds 40 knots (74 kilometers per hour).

Noul is now dissipating as it moves toward Thailand.