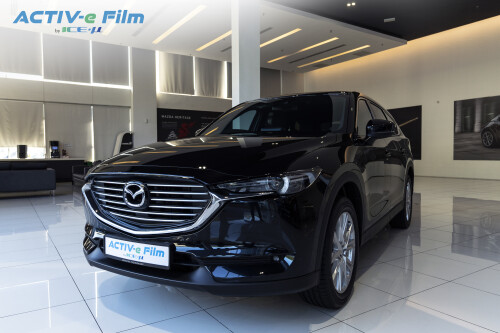 With the recent rebranding exercise, Skytint – the solar and security film distributed by Jasa Sarjana exclusively for Mazda vehicles in Malaysia – is now known as ACTIV-e Film by ICE-μ. This new product moniker reflects the recent induction of ICE-μ into the technology stable of Riken Technos Corporation of Japan, the leading plastic film and automotive parts manufacturer in Japan with a presence in dozens of countries around the world.

Jasa Sarjana welcomes their continuing role as the official supplier of window films to Bermaz Motor while maintaining the same innovative technology of ICE-μ, which is the window film with the highest clarity in the market.

The features of ICE-μ are now better reflected in the new name of the rebranded product.

As an exclusive private label from Jasa Sarjana, ACTIV-e Film by ICE-μ is available only preinstalled in Mazda cars sold in Malaysia. Tap & Go launches eco-friendly e-Laisees to welcome the Year of...