This week the Lao social media has been awash with national pride after pictures emerged of the PM’s wife, Mrs Naly Sisoulith, making a trip to visit Lao soldiers stationed in the south. The First Lady of Laos swapped her sinh for military fatigues and set off into the jungle to offer her support for the military at the southern border of Laos.

Mrs Naly personally donated refreshments and supplies to the soldiers, and wished them good fortune with a baci ceremony. 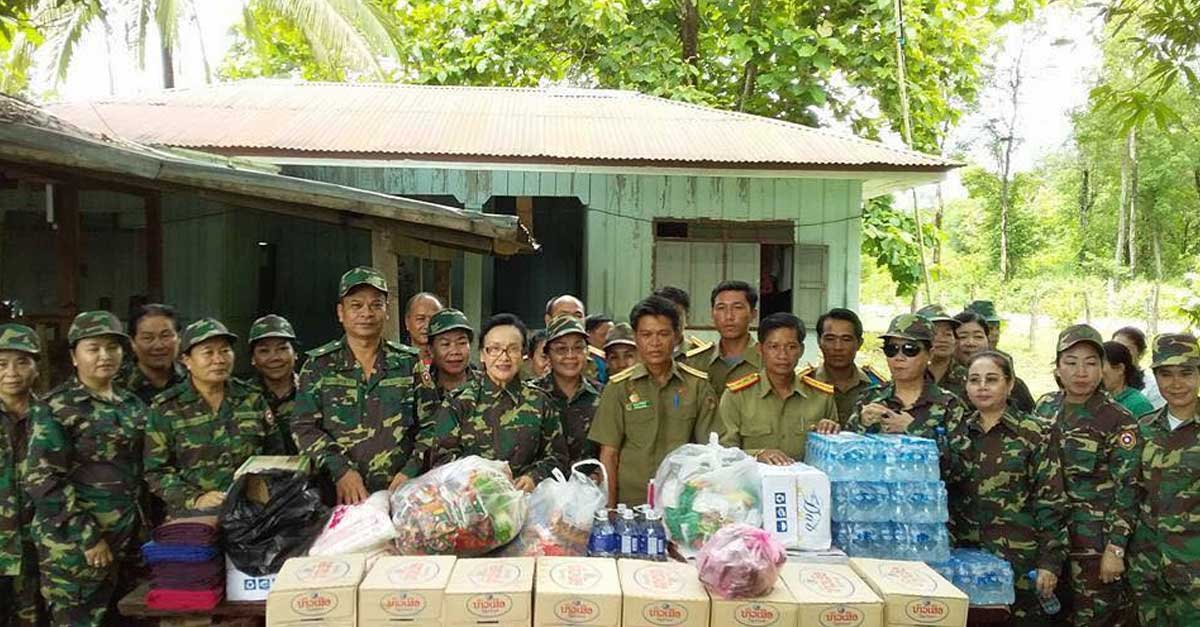 From the looks of the photos, the trip to the camp was somewhat arduous, and a photo of Mrs Naly deftly skipping across the uneven ground captured the hearts of Lao social media users. Not bad for a woman who is nearly 70 years of age! 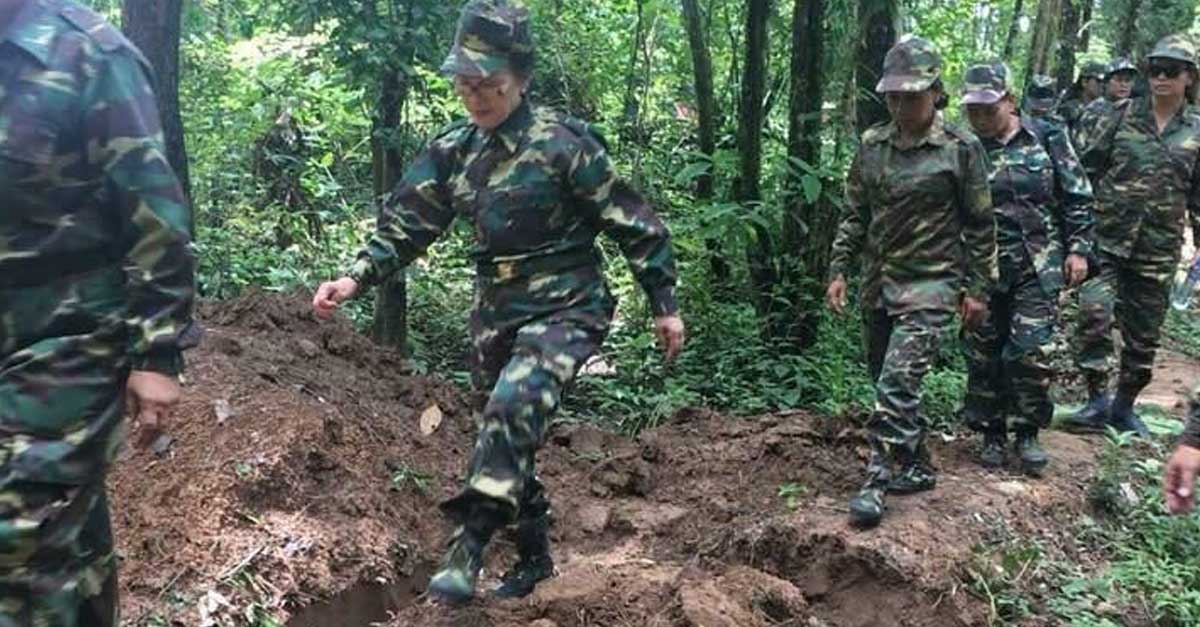 The Lao flag has been spotted at the 2108 FIFA World Cup opening ceremony, held at the Luzhniki Stadium in Russia.

Lao journalist Mr Ekasan Thippachanh attended the event, bringing the flag of Laos with him. Photos and videos of Ekasan with the flag went viral in Lao social media as world cup fever takes over! 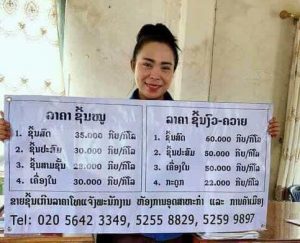 In an effort to control the price of meats at the markets, a Bokeo official seems to be holding up a banner that stipulates the prices for pork and beef. Consumers are urged to call the phone numbers included on the banner if there are vendors who violate the guidelines set by the Bokeo District Department of Industry and Commerce.

Social media users praised the government’s move as it would protect consumers against the rising cost of living. 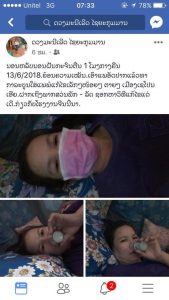 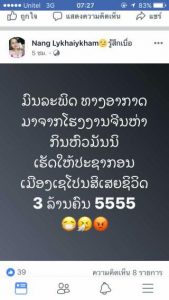 Netizens from Seno (Savannaket) have made exceptionally strong complaints on social media for the past several days about a terrible odor that has invaded their beautiful city. Unconfirmed sources point to a nearby Chinese-owned paper factory, Sun Paper, that has been blamed as the cause of the odor.

The Ministry of Natural Resources and Environment (MONRE) has been urged to take action and inspect the activities of the paper factory.