While the conventional narrative about Luang Prabang is one of adoration and admiration, especially for the old town’s storied tranquility and architectural charms, the sleepy UNESCO World Heritage Listed city has as yet not been duly celebrated as a destination for international fine dining.

All that is set to change in November as the team of chefs behind the Michelin-starred Paste Bangkok open a fine dining experience at their restaurant specializing in Lao cuisine, marrying contemporary mores with the city and country’s own collated culinary wisdom.

Paste Bangkok’s celebrity Chef Bee Satongun and co-owner and husband Chef Jason Bailey — whose restaurant was awarded a Michelin star in the inaugural edition of the Bangkok Michelin Guide as well as recognized as one of Asia’s 50 Best Restaurants in 2018 —  have set their eyes on Laos and Luang Prabang in particular.

Bee’s personal and historical connection to the country and region is enjoyed through the prism of her Hmong roots.

“I chose Laos because of its nature and the countryside, which I adore. At Paste, we use tremendous amounts of cultivated and wild ingredients. Plants, shoots, sprouts, flowers – you name it.”

“Our dishes will be based on Lao cuisine for the most part. The Hmong side of my cuisine manifests itself in the use of cultivated and foraged wild ingredients.”

“By smoking, curing, pickling, and fermenting over 100 different types of plant species, we will be making gastronomical strides into what was once purely reserved for the realm of medicine.”

“However, the cuisine of Paste, which is predominantly plant-based, will still be using a high variety and quality of meats and proteins.”

“We will employ modern scientific techniques such as extreme precision of temperature control and other cooking processes that are in accordance with scientific and international principles of gastronomy.”

Michelin-starred Paste Bangkok’s menu is essentially heirloom creative Thai cuisine, based at its core on numerous old Thai family recipes from 1870 to 1930.

Likewise, Paste Laos will be inspired by traditional recipes from Phia Sing’s book of dishes served at the Royal Palace in Luang Prabang over many generations.

These traditional dishes will be slightly updated to bring about a fresher appeal to modern audiences.

“Over time, we will include some dishes from various ethnic minorities of Laos, because our creativity and menus are never set in stone and always remain in a state of flux year on year.”

Like the boutique hotel where the restaurant will be located, Paste at The Apsara will be sure to pay the greatest possible attention to detail.

As in Bangkok, the discerning diner in Luang Prabang will be pleased to take note of the processes taken to create memorable dishes with a focus on preserving old-fashioned ways where possible.

Sauces may contain over 20 layers of flavor and over 30 ingredients.

Culinary critics and connoisseurs hungrily await further detail on the menu set to be offered at Paste at the Apsara.

Fortunately, several stunning images have surfaced on social media with the hashtag #pastelaos that offer tantalizing teases to tempt the palate. 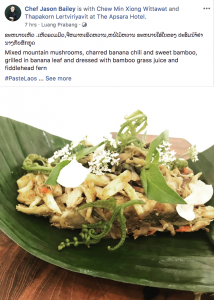 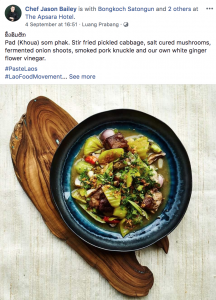 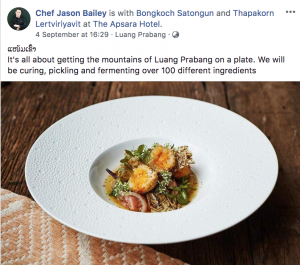 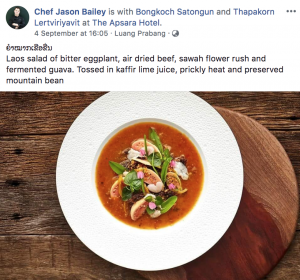 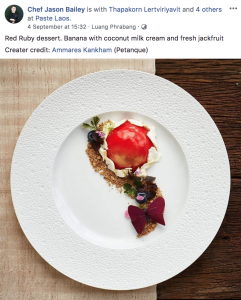 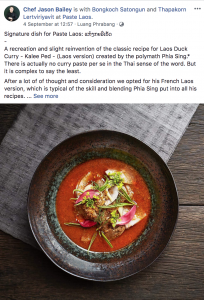 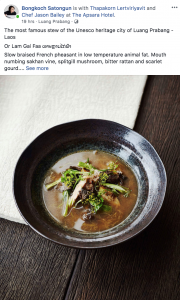 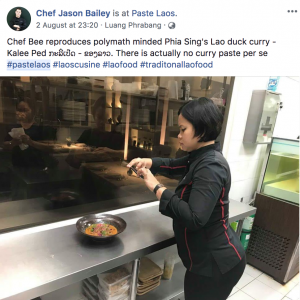 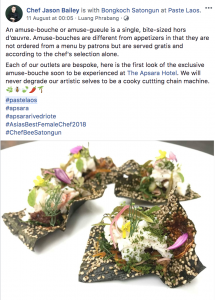 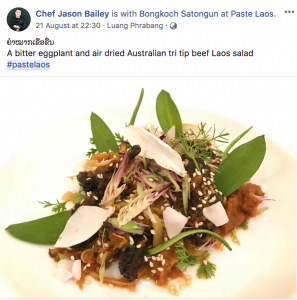 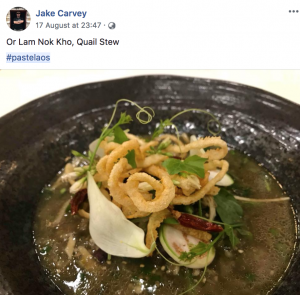 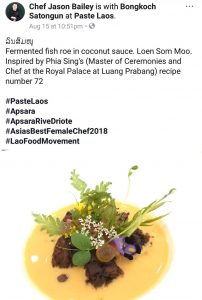 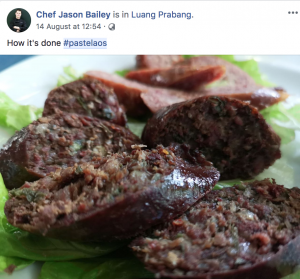 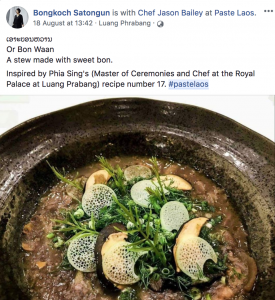 Meanwhile, owner of the Apsara, hotelier Ivan Scholte, has been in Luang Prabang since 2001.

Opening in 2002, the Apsara was Luang Prabang’s first foreign-owned hotel and was also the first boutique hotel of its time.

Hosting Laos’ first Michelin-caliber restaurant will no doubt add further luster to the ongoing allure of the Apsara. 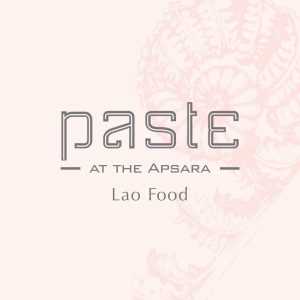