Japan has been back in the news this week with furious winds and thundering shakes claiming a tragic toll in lives and property.

At the same time, a power of a different and more positive kind has been felt in the nation’s south.

Lao Paralympic weightlifters have been in Japan’s Oita prefecture on the southern island of Kyushu to compete at the Kitakyushu 2018 World Para-Powerlifting Asia Oceania Open Championship, which will be held from September 8th.

Their visit is part of a development program supporting the development of the country’s parasports toward the Tokyo2020 Paralympic Games and beyond.

There they have renewed their acquaintance with Japanese parasports powerlifting coach Takashi Jo, based in the famed hot spring town of Beppu.

No stranger to Laos, Coach Jo has previously visited Vientiane to offer guidance to the Lao athletes from across the country living and training in the capital. 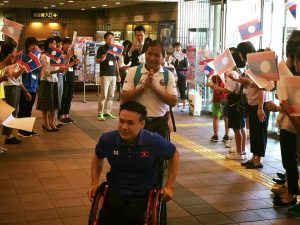 The visit is supported by the Parasports Promotion Project being implemented by Tokyo-based and Laos-active NGO Asian Development with the Disabled Persons (ADDP) to spread the benefits of sports to reach persons with disabilities (PWDs) at grassroots and national levels in multiple sporting disciplines. 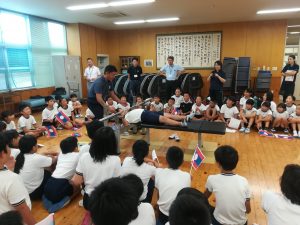 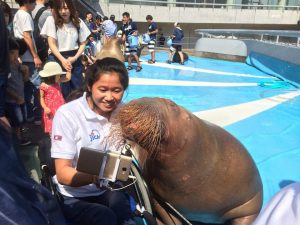