Tears of joy, pain and expectation; the road to Tokyo2020 Games, like all Olympics and Paralympics before them, is being paved with them, and particularly in the South-East Asian nation of Laos.

The efforts of aspiring Paralympic athletes as they strive to achieve personal bests and to represent their nations at the highest level have always resulted in the shedding of the proverbial “blood, sweat and tears” at locations from one corner of the globe to another.

The fashion industry might seem many metaphorical miles away from the sporting arena in form and function, but the will to compete and the struggle to break down barriers continues apace, in this case in the South-East Asian nation of Laos.

That was the case as Lao Fashion Week teamed up once again with Laos-active Japan NGO Asian Development with the Disabled Persons (ADDP) to showcase Laos’ parasports athletes alongside employees of inclusive social enterprise as amateur fashion models on Laos’ fashion’s biggest professional stage, working to break down barriers to participation in across society.

Adorned with creations by Japanese flower designer Norie, the models continued a long-running annual collaboration between LFW and ADDP to help make the show a reality. Among them was Pia, who represented Laos at the Rio 2016 Paralympics in powerlifting.

Indeed, the connection between sporting and socio-economic participation lies at the heart of the organisation’s mission. Initiatives of ADDP include the Parasports Promotion Project with support from the Japan International Cooperation Agency (JICA) which seeks to smooth the path to greater participation on the road to the Tokyo 2020 Paralympics and beyond.

The project involves providing training and expertise from Japan and beyond to benefit parasports athletes and coaches in Laos to compete in multiple sports.

The program most recently saw Parasports Powerlifting training in Kyushu, Japan under experienced coach Takashi Jo before participating in Asia-pacific regional championships in the city of Kita-Kyushu.

Wheelchair basketball and goalball, an adapted sport for the vision impaired, also feature in the project.

The latter sport was the subject of a short film inspired by the life and sporting efforts of Lao goalball athlete Ms La Dalavong, whose young life was forever changed by an accident by war-era unexploded ordnance (UXO) before discovering a path forward through sport. A Lao New Wave Cinema production, the film visited the inspiring athlete in her home village and on the sporting court in Vientiane.

Other ADDP initiatives include the sign-language friendly and inclusive Minna-no-Cafe where customers and staff alike can communicate with the hard of hearing.

The NGO also works with its employees to produce a range of popular cookies which are for sale at various outlets including the cafe.

ADDP was also a participant in efforts that saw the creation of a Lao-Japan Friendship Sakura Park in Viengxay district, Huaphan province planted with Japanese cherry blossom trees.

As in all nations, the participation of disabled persons in Laos comes up against various barriers of access, physical, social and institutional.

It is understood that greater participation for all people and profile of disability issues in Laos can be increased via ADDP initiatives and major events such as Lao Fashion Week. As in fashion, by celebrating the achievements of past and present participants and strengthening pathways, the dreams of the aspiring Paralympic competitors and fashion industry participants are nurtured alike.

For an industry often criticised as fickle and superficial, initiatives such as this prove the adage that fashion can have a big heart. I’m not crying… you’re crying! Somebody dry my eyes! 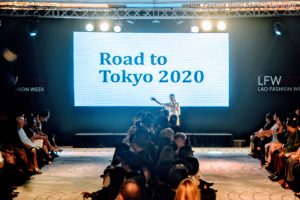 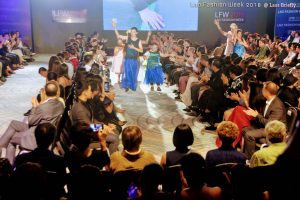 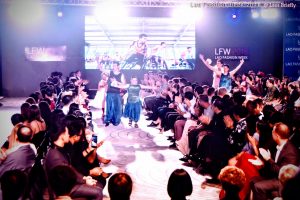 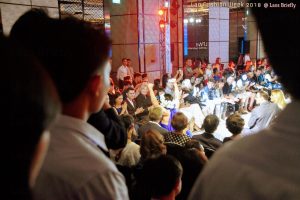 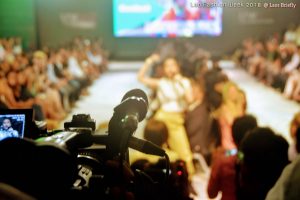 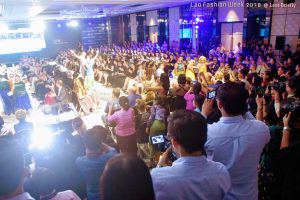 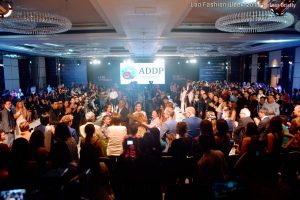 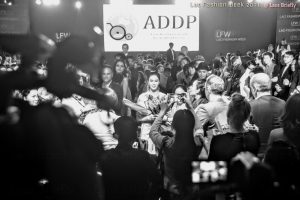