Sixty-six fortunate folk have been located alive as the Lao government taskforce headed by the Deputy PM reported 34 confirmed dead, 31 missing and another six post-flood disaster-related fatalities in Attapeu in final figures cited by to the nation’s news media Thursday.

The search for the remains of victims from the XePian Xe Namnoy hydropower Saddle dam D failure disaster has come to an official end, with a meeting presided over by Laos’ Deputy Prime Minister Sonexay Siphandone on Thursday was set to consider for confirmation a report and press statement on the loss of human life resulting from the July 23 flash floods in Sanamxay district, Attapeu province.

A draft press statement yet to be endorsed by the committee was reported on by Lao National Radio.

It found the meeting of the National Disaster Preparedness Committee was expected to hear some 34 had been located deceased, a further six folk had since died in hospital from injuries sustained in the period since the disaster on July 23.

In a remarkable turn of fortune yet in fitting with the remoteness and challenges presented by the flood-affected area, it was also expected to endorse the finding that some 66 fortunate folk had been found alive. As a result, the number missing has been revised down to 31.

The meeting was also to report on efforts in the recovery and restoration of livelihoods for flood-affected households in Attapeu including progress on issues relating to water and food, clothing and shelter. It heard an overview of the situation concerning the livelihoods of survivors, specifically the progress made in constructing housing and the distribution of foodstuffs to flood victims.

It also aired the results of research on creating a special task force at the provincial level to promote, monitor and assist implementation of various works to help the affected population until Attapeu “can stand on its own once more”.

The number was revised down from the previous figure of 131 after it was discovered that some 66 persons including those who had been registered as residents and believed possibly missing were not in the affected area at the time.

According to the statement under consideration at the meeting, Interviews with village offices and those at the scene had revealed that 66 persons had escaped to different areas during the event and have since returned to be registered, reducing the official number of missing persons to 65.

Of this number, the remains of 34 were found in the search, leaving the number of persons unaccounted for at 31 persons.

Among those that were severely injured, the number of people who have died in hospital numbers six. In addition to those found deceased directly as a result of the catastrophe, the confirmed death toll from the disaster stands at 40.

The committee was also to hear minutes from a recent Prime Ministerial meeting, during which the PM highly valued and praised the efforts of the special task force. The statement indicated the efforts had been implemented as guided by the Party and government, and in accordance with the government’s disaster recovery plan. 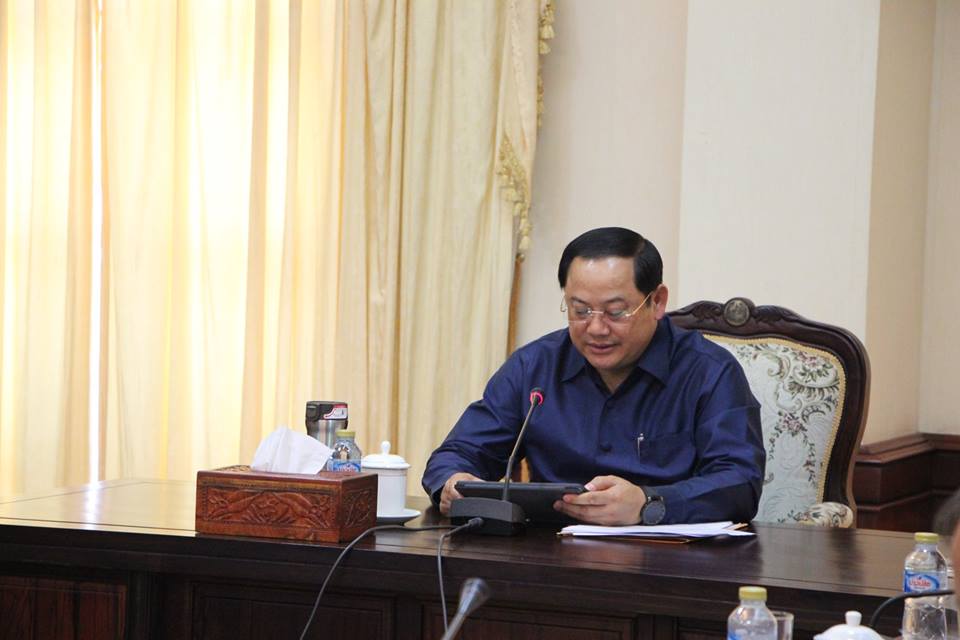 The task force was expected to be told it must continue to assist in disaster recovery work nationwide, particularly in Attapeu, where the livelihoods of affected victims must be improved.

This could be achieved by creating new production areas, protection from diseases, daily needs and the continued construction of temporary and permanent housing, to ensure the livelihoods of affected victims will continue to be improved from their current fate and onward towards a state of greater livelihood security and normalcy.