JDB has installed posters around the city promoting a new application of digital technology in the religious sphere.

Merit makers will now be able to donate to select temples using QR codes. In a campaign called the “9 Temple Project,” Buddhist laypersons can now simply scan the corresponding QR code of the temple using the JDB Yes application and make monetary contributions. 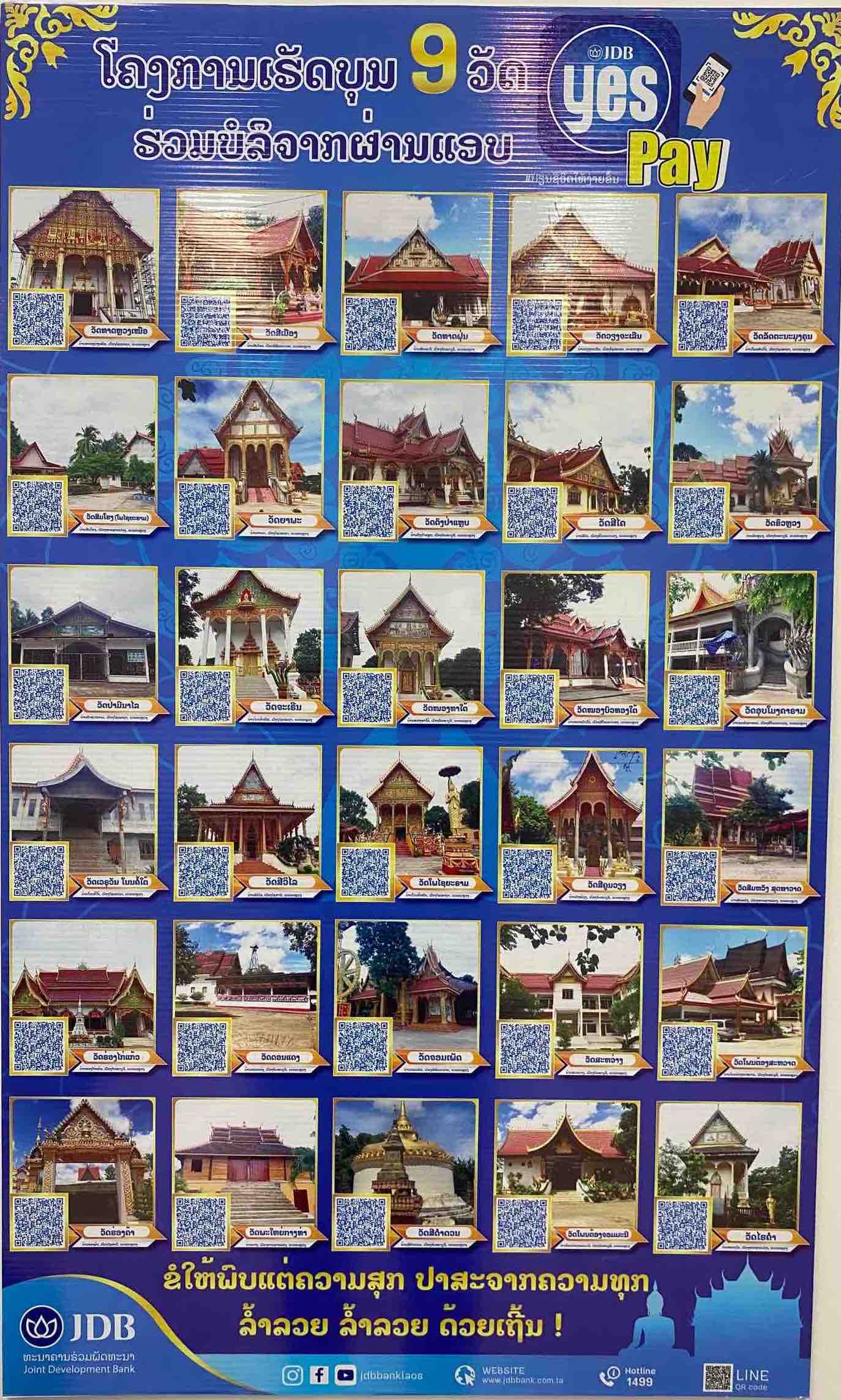 The 9 Temple Project is JDB’s digital facilitation of the Buddhist tradition of making merit in temples during the Lao New Year season. Apart from the common practice of pouring fragrant, lustral water over Buddha statues in nine temples, laypersons also voluntarily give small to large sums of cash as donations to the temples as a way to make merit.

The move comes as the Bank of Laos (BOL) has announced a Lao QR Code standard for electronic payments in a bid to improve payment services and integration between banks. BOL Governor Sonexay Sitpraxay has stated that the introduction of a QR code standard in the country will encourage other banks in Laos to speed up QR code development.