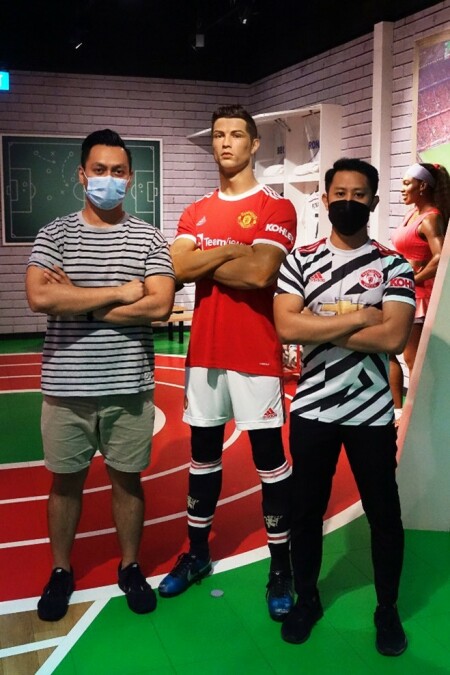 Cristiano Ronaldo has won almost 30 major trophies in his career, including five UEFA Champions League crowns, four FIFA Club World Cups, seven league wins in England, Spain, and Italy, and the European Championship for his native Portugal. He scored 118 goals in 292 appearances during his first stint with Manchester United. 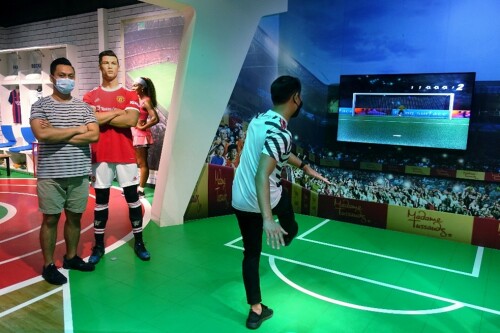 “Cristiano Ronaldo’s return to Manchester United has piqued interest not only on social media, but also at all levels of the club. He is one of the most popular wax figures in the attraction, and we are very excited to bring this news to his fans. They are invited to be up close and personal with him back in his Manchester United gear!” says Alex Ward, General Manager of Madame Tussauds Singapore.

Come and play football with your favourite sports legends with the SingapoRediscovers Vouchers. Enjoy free island admission to Sentosa until the end of September!

The ultimate celebrity experience and the world’s best known and most popular wax attraction. There are currently 23 Madame Tussauds attractions around the world. Each of the attractions is unique and tailored to the host city and visitor demographic to feature both local as well as international figures.

The result of 200 years of expertise and painstaking research every figure takes Madame Tussauds’ gifted sculptors a minimum of three months to make, and costs more than $300K (Singapore dollars). Most contemporary figures are also produced following sittings with the celebrities themselves.