Vientiane, Oct 9 – The much talked about search for the winner of the Miss Laos Competition 2016 has at last come to a conclusion. Miss Boudsaba Sengphan, aged 18, of Sayaboury Province was crowned last night as the new champion of Lao beauty, grace and elegance. The young winner stands at an impressive 172cm tall with impressive body measurements (bust 33 – waist 25 – hips 35).

Known to the public as M19, Boudsaba Sengphan received strong online support from the public throughout the campaign period. She was selected as one of the top 5 finalists before being announced the winner.

The first runner up title went to M20, Miss Kitsamay Bounthivolavong, aged 20, from Savannakhet Province who received 25,000,000 kip in cash and other prizes.

The second runner up belonged to M18, Miss Phonevilay Luangrath, aged 18, from Vientiane Capital, who received 20,000,000 kip in cash and other prizes.

The third runner up went to M13, Miss Maikham Vilayvanh, aged 22, from Vientiane Capital, who received 15,000,000 kip in cash and other prizes.

The fourth runner up was M6, Miss Sathiew Sengsoulith, aged 21, from Xiengkuang Province, who received 13,000,000 kip in cash and other prizes. 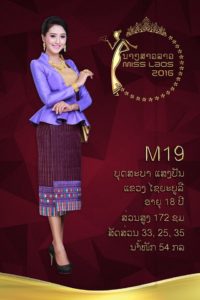 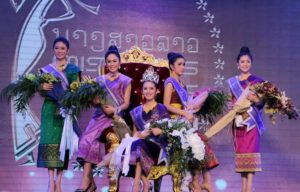 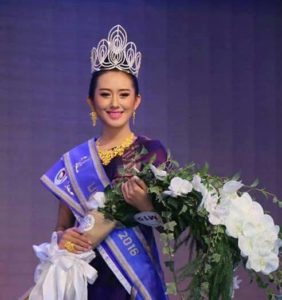 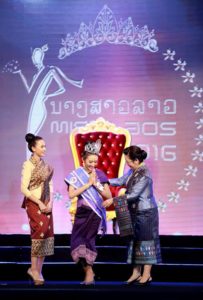 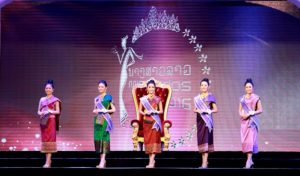 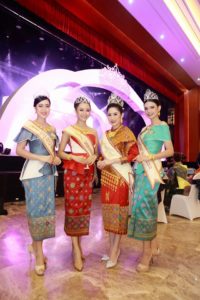 The event was held at the gorgeous Landmark Riverside Hotel.